A to Z Blogging Challenge - L is for Laelaps 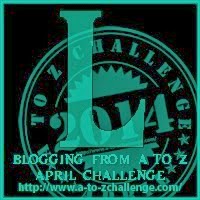 We're almost to the halfway point of this year's A to Z Challenge ! To see more participants, check out the A to Z blog and join in the fun.

Here at Untethered Realms, we're taking on the Challenge as a group. Each day, one of us will be sharing with you a fantastical creature that may be from one of our books, a favorite movie, or something we just came up with as entertainment.

L is for Laelaps


When my dog Clancy heard I wrote about a magical cat for my "C" post here he was outraged and demanded equal treatment for his kind. Luckily for me there is a magical dog in Greek mythology called Laelaps.

Laelaps was given to Europa of Krete by the god Zeus. The dog was famous for being destined to always catch his prey. He was so fast he was known as the "storm wind."

Eventually Laelaps found himself with Kephalos of Athens, who sent him to catch the Teumassian Fox. The fox was wreaking havoc around Athens but, unfortunately for Laelaps, he was destined to never be caught. So the dog who always caught his prey being sent after the fox who could never be caught created a paradox.

In response, Zeus intervened and placed the two canines in the heavens as the constellations Canis Major and Minor. Now Laelaps is destined to chase the fox across the night sky for all eternity.

Posted by Julie Flanders at 4:00 AM