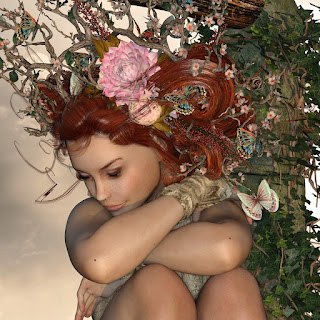 In the Spring, I have counted 136 different kinds of weather inside of 24 hours. Mark Twain 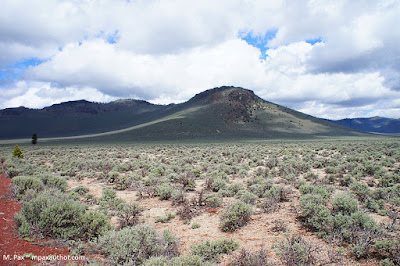 Posted by Christine Rains at 8:05 AM 9 comments:

Email ThisBlogThis!Share to TwitterShare to FacebookShare to Pinterest
Labels: spring 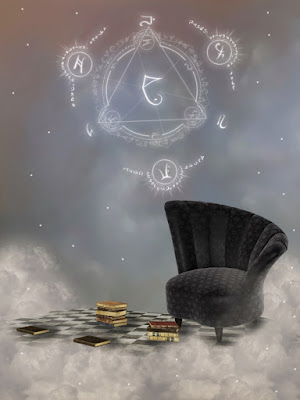 Ceylon, Elle & April - 3 generations of women & the water sprite who helped them

For our last Elements anthology, Sprits in the Water I spin a three-generational tale of strong women and the sprite who helps them. Ceylon was a dancer who followed the Grateful Dead. Her daughter, Elle performed in water ballets, and her daughter April, not a dancer herself, now follows Britney Spears from concert to concert because she's obsessed with Britney's dancers. There's a problem... Back in the mid nineties, Elle made a wish at the Hotel Bellagio fountain in Vegas, and was never seen again. Hope you enjoy the little excerpt!

Maizy of Bellagio (Or Little Helper)
excerpt by Catherine Stine

Maizy was born in Vegas from a wishing penny someone tossed in the musical fountain at Bellagio. Most of the color sprites were born of pennies, though some were attracted there from afar by the fantastic reports. Rumor had it the fountain sprites at Bellagio enjoyed gourmet eats, lively company and splendid karma if they were lucky enough to connect with the human who flung the coin and grant the wish. The magic strings that connected the sprites to the owners of the coins were gauzy and ethereal, and the sprites needed to navigate skillfully up the center of the strings in order to make contact. This part was tricky because the newborn sprites needed to test their veined wings. Often the sharp nubs of their wing-joints broke the strings, which melted away, leaving the sprite lost in flight.

Before the sprites born of the pennies were able to work in the fountains, they had to prove they could beat their wings at 180 beats per second, and produce colors as they did. Many couldn’t whip their wings that fast, or only emit a flickering gray shade. Others fainted from the effort.

In the dead of night, when the humans finally straggled to the elevators after a long night of debauchery, the sprites would minnow up from the water and flit into the lounges, bars and cavernous dining halls. There, they would fill their bellies on exotic flowers from Bellagio’s stunning gardens, and slurp spilled wines from the long mahogany bar tables—velvety reds from the south of France, virgin blush from Sonoma’s most rarified vineyards.

The humans assumed the fountains’ colorful patterns coordinated to the music were the result of high-tech digital processors. That’s what the Bellagio brochures boasted.
But the color sprites knew better. The water show depended on their ability to gather seamlessly in arcs and circles, pulsate their wings at high velocity while dancing just under the water’s surface.
Maizy’s special color was pink. Her spot in the fountain alternated between the pink and yellow wielding sprites. The colors appeared to rotate, but it was only because the sprites themselves fluttered back and forth between two bands.
But she learned this all later. After she met her wish-maker, April.

***
April Tulle, a pretty twenty-one year-old human, sat in front of her bedroom’s faux Rococo vanity in the Bellagio and glued the last paper flower onto her floral halo. She’d made it herself, paper dahlia by paper daisy, leaves as pert as the first bursts of spring, tiny berries on winding vines, and a sprinkling of paper butterflies—a teal one here, a polka-dot one there. She applied a creamy lipstick to match the crown’s baby’s breath, and a lavender eye shadow to play off the forget-me-nots.

April sighed at the thought of not forgetting. As excited as she was to see Britney’s newest show live, she was committed to remembering her mother, Elle. Staying here at Bellagio unearthed upsetting emotions. It wasn’t that April herself had stayed here before. She hadn’t.

It was because Elle had been found in the mid-nineties when Bellagio first opened, floating in the fountain. Or more accurately, her floral headpiece. Her body was missing and the mystery never solved. So, if April was being completely honest, she didn’t actually remember her mother. April had only been a year and a half when her mother disappeared and April was shuttled back to Arizona to live with her granny, Ceylon.

Sure, April recalled sensations—Elle’s gentle hands stroking her head, the glide of a baby spoon around her mouth to clean away food puree. And she remembered her mother’s perfume, because every time April smelled Muguet des Bois her chest filled with a welter of sad-happy emotions.
April honored her mother by making her own flowered halos, and wearing them at every concert. She was obsessed with expert choreography like the ones in Britney Spears’ troupe. OMG, the oiled men in loincloths, the women slinking around like lionesses. April wasn’t a dancer herself, she was into writing dark song lyrics, but she so admired them. She came from a dancing dynasty.

Her granny, Ceylon had been secretly hired by the Grateful Dead in the seventies to pirouette and freeform in the front of the stage. A Rolling Stone cover was tacked to Ceylon’s tree bark wall: of her dancing braless, her diaphanous paisley gown billowing in the wind. She boasted that her lithe movements and white-blonde hair captivated as many people as Garcia’s guitar extravaganzas.
“Sure, there were drugs,” Ceylon explained, “distributed with fanfare. Little helpers,” she called them, and showed April the beaded purse she’d kept them in, hung from her unbleached hemp belt.

In the mid-nineties, April’s mom, Elle had met the members of Starfish, a synchronized swimming ensemble at one of Ceylon’s garden parties. Elle swore she’d found her true calling, and soon after she toured the country with them. The swimmers formed swirling pinwheels, water cartwheels and stood on their heads as they held their breaths, scissoring their legs to the roar of the crowds.

Gazing into the vanity mirror, April blinked away tears as she shaped the color on her lips. Where had her mother’s body gone all those years ago? Against her will, she asked this question every single day. Had it gotten stuck in a large drainpipe? Decomposed in the bowels of the Vegas sewers? Or had a gambling necrophiliac stolen it? Too much lurid speculation was bad for April’s mental health. She snapped her lipstick case shut and shrugged off the horror.

To be continued in the forthcoming anthology! 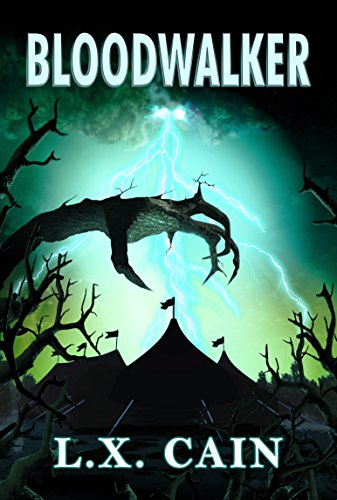 Spirits in the Water flows onto the scene!

This year, the final Elements of Untethered Realms anthology will be released in October. These collections of fantastic speculative fiction center on elemental themes. The UR authors can interpret that any way they choose, and we get an amazing variety of stories from it.

Behold! The cover for Spirits in the Water! 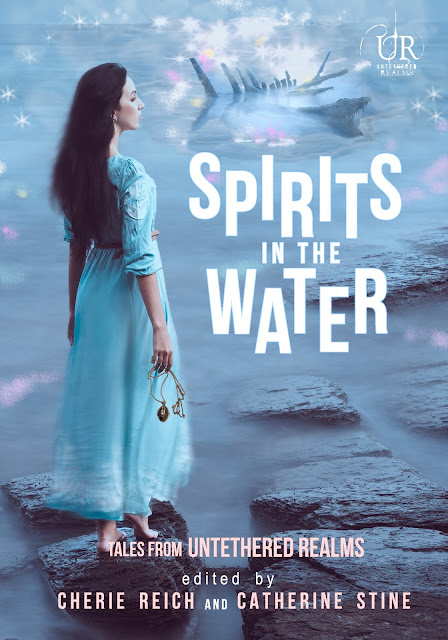 And the stories in the collection are just as incredible.

If you haven't read any of the Elements of UR books yet, check them out. Each marvelous bunch of tales is only 99 cents!