Speculative Fiction Worth Reading: The Silver Ship and the Sea by Brenda Cooper #SciFi #BookReview 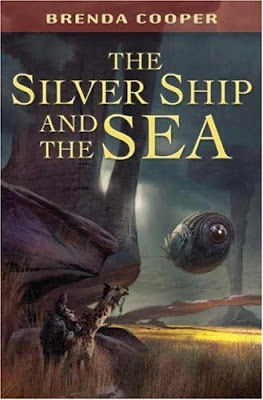 The Silver Ship and the Sea

For when it gets boring at work, I keep a book at my desk. This story soon had me so engrossed, I had to take the book home to finish it. The world and characters were rich and complex.

I imagine it's set some time in the far future.  Most humans have been augmented; bio-engineered to be improved. A ship full of regular humans settle on the planet of Fremont, where they want to live without any of the trappings of modern humans.

A ship of modified humans arrives and there is soon a clash that leads to war. All of that happens before the story starts. The story begins shortly after the war ends. The modified left behind six children, who essentially become prisoners of war of the colony. The children have extraordinary abilities. Some are treated with love; some not so much.

Inevitably, as the children grow and realize their predicament, things come to a boiling point again.

I really need to read the next book in this series. I've not read Brenda Cooper before, but she has oodles of talent and tells a fabulous story woven with wonder, humanity, and questions we must all answer for ourselves.
Posted by M Pax at 12:00 AM 4 comments: 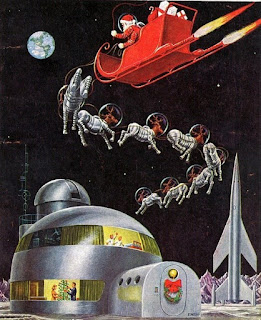 It's that wonderful time of the year again. Time spent with the family, eating way too much, and gift giving. Since we're always thinking about what ifs, this year we wondered....

What if we lived in a fantasy or sci-fi world...
What fictional gift would be at the top of your list?
***

I would love to get a magical Narnia-esque door installed in my studio that, when I walked through it, would take me to another world for a break between my real-life work sprints. It could send me right into my own fictional world, as in my drawing for Fireseed One (left), or to a fantastical pond in a magical forest, or into a Victorian goth scene. Then, with the press of a button, I'd be back, refreshed.

Ooh, so many things. I don't have enough computer space to write them all down! Yet there is one thing that could give me all the wonderful adventures I crave. A holodeck! If I had one of my own, I don't think I'd ever leave it. I'd be more addicted than Reginald Barclay!

I'm in a fantasy world, and I’m going to go for a magical writer’s notebook. This book has the special property that any location written about within its pages becomes a real place you can visit. Just describe the world you want to explore and step inside. Oh, and the book always comes with you, so you can easily escape the horrors and complications you encounter and escape into the next world...


I would love a spaceship to have a chance encounter with aliens from another world. Meeting extraterrestrials would be just the thing to enjoy as I continue orbiting the sun in our solar system. 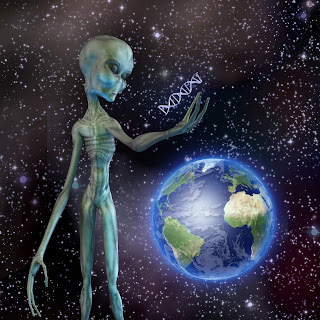 An ever-filled, ever-chilled beer mug is very tempting. However, I'd have to go with a real, working Stargate. How long ago did that show end? I still dream of going through the Stargate. Can I have a Colonel O'Neill with that? 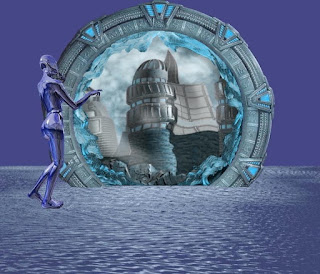 I'm with Mary on this one. I want a working Stargate. However, she can take O'Neill. I want either Dr. Rodney McKay or Colonel John Sheppard. There are so many options that would be wonderful! Right now, at the end of the semester, I'm wishing I had more time (probably so I could take a nap!). A time-turner would certainly be a lovely thing!!

Happy holidays from all of us here at Untethered Realms!
Posted by Christine Rains at 12:00 AM 9 comments: