One simple mistake…
For a girl who is about to lose her family home,
Releases the ghost of a long-dead gangster,
And opens Verity Long’s eyes to a whole new world.

When out of work graphic designer Verity Long accidentally traps a ghost on her property, she’s saddled with more than a supernatural sidekick—she gains the ability see spirits. It leads to an offer she can’t refuse from the town’s bad boy, the brother of her ex and the last man she should ever partner with.

Ellis Wydell is in possession of a stunning historic property haunted by some of Sugarland Tennessee’s finest former citizens. Only some of them are growing restless—and destructive. He hires Verity to put an end to the disturbances. But soon, Verity learns there’s more to the mysterious estate than floating specters, secret passageways, and hidden rooms.

There’s a modern day mystery afoot, one that hinges on a decades-old murder. Verity isn't above questioning the living, or the dead. But can she discover the truth before the killer finds her?

Verity Long becomes an accidental ghost whisperer when she inadvertently releases and grounds the spirit of Frankie “the German” Valentine to her ancestral home—which she’s about to lose simply because she left her fiancé at the altar (trust me, he deserved it!) and her would-be rich mother-in-law is suing her. Of course, Frankie has a plan on how to save her home and it’s not strictly legal. It just involves a little trespassing, and with one thing and another, shots are fired and the cops are called.


The cop who shows up is her ex-boyfriend’s brother, the handsome Ellis, who doesn’t know Verity but holds a grudge. And of course sparks fly about like it’s the 4th of July. They need each other and Ellis makes an offer Verity can’t refuse, one that will save her family home from being sold at auction. All she has to do is stop the vengeful spirits haunting his property from destroying all the costly remodeling he’s done. With the gangster ghost Frankie’s help, she makes contact. Some pretty bad spirits are haunting the place, but that’s the least of her worries when she uncovers…I’ll just leave it there so I don’t drop any spoilers.


What makes this book fun is the contrasting personalities of the sweet young woman and the developing relationship with the hardened gangster. Frankie pulls some self-serving gangsteresque moves, but he’s not all bad. Trust me, if I got to choose my afterlife location between Frankie’s speakeasy style hangout or Verity’s southern style ancestral home, the gangster might be more fun.


This is just the sort of escape book I like. It keeps me amused, and has just enough ghostly shenanigans to keep my attention without stressing me out.


This is the first book in the series, and I liked it well enough to read a couple of others, as well as some of her short stories.

Five out of five stars to Angie Fox!
What is your go-to genre for relaxation?
Have you read Angie Fox? 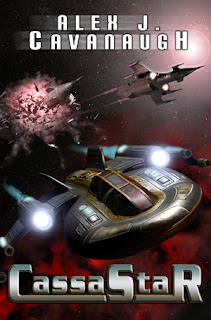 The Realities of Space Travel

Speculative fiction provides us the opportunity to explore beyond our world. Writers get to imagine what’s beyond the edge of our solar system while trying to infuse as much reality as possible. Just what are the realities of space flight though?

Travel time isn’t as fast as portrayed in the movies. We haven’t achieved light speed. Not even close! The space shuttle traveled at a rate of 18,000 mph/29,000 km/h. It can circle the Earth in ninety minutes, but getting all the way to Mars would take over six months. With current technology, it just isn’t going to go much faster.

That leads us to the next reality - ship requirements if we’re to travel farther than the moon. It would take a much larger ship than the space shuttle. It would need to store more supplies, possess a stronger propulsion system, more shielding against radiation, and larger accommodations for the crew. They would also need room to carry equipment for Mars or whatever planet was their destination. They are working on a ship that can travel to Mars, but that’s a lot of things they need to consider when constructing it.

Perhaps the scariest reality is the effect of space travel on the human body. Without gravity, an astronaut’s bones lose minerals at a rate of 1% a month. On earth, the average is a little over 1% per year. Astronauts also experience pressure in their heads and vision problems, along with mental difficulties resulting in depression or sleep disorders. Radiation is a problem–on the space station, humans receive ten times plus the amount of radiation as they would on Earth. This increases the chance of cancer, radiation sickness, and nervous system damage. After six months on the space station, astronaut Scott Kelly’s skin became super-sensitive and he developed a hive-like rash whenever he touched anything. These issues would compound during a long trip, bordering on life-threatening. 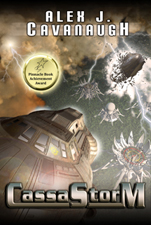 This is where the freedom of being a speculative fiction writer comes into play. Unless we are writing about current or near-future situations, we can circumvent these issues. We can invent things in our minds that will not only solve these problems but propel us beyond existing projections. Set a story in another solar system or galaxy and we can blow past all imagination. The boundaries of space no longer apply.

We need to be aware of the limitations of today’s space travel, but we don’t have to be confined by them!

About our awesome guest: Alex J. Cavanaugh has a Bachelor of Fine Arts degree and works in web design, graphics, and technical editing. A fan of all things science fiction, his interests range from books and movies to music and games. Online he is the Ninja Captain and founder of the Insecure Writer’s Support Group. He’s the author of Amazon Best-Sellers CassaStar, CassaFire, CassaStorm, and Dragon of the Stars. The author lives in the Carolinas with his wife. 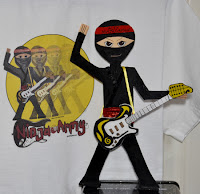 There are plenty of things in this world to look forward to:

The list can go on and on. Instead, I'd like to focus on one of the things that many of us look forward to in different ways...and it isn't just a human or earth thing either...

See, most folks look forward to that first cup or three of coffee, cappuccino, or cafe au lait in the morning. 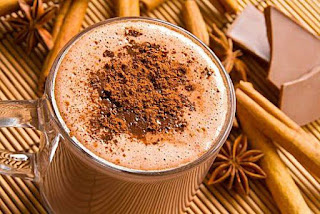 Another drink that some folks look forward to is a nice shot of whiskey. Best be careful, it might put hair on your chest.
Getting supernatural, blood is the drink of choice for those of the vampire persuasion. If one is of the "let's not drink up all the blood of our neighbors" mindset, there's Tru Blood.
If you have a god-like need to quench your thirst, ambrosia is said to give satisfaction and immortality. 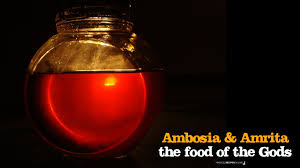 If you're ever out on the spaceways, zipping from one planetary system to the other, take a tip from the Hitchhikers Guide to the Galaxy and be careful of the Pan Galactic Gargle Blaster. I understand the effects of this drink can cause you to be merrier than anything or anyone in your wildest imagination.
As for me, a nice glass of wine will do. 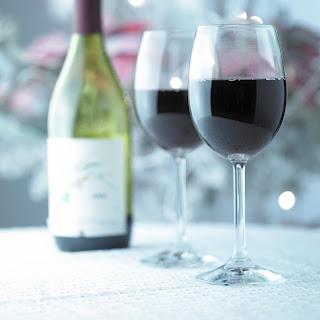 What about you? Do you have a special drink that you look forward to, perhaps a concoction of your own making that friends enjoy at gatherings, or something that brings that long, exhausting day to a nice closure? Heard of any "out there" drinks of interest?

Please share in the comments :-)
Posted by Angela Brown at 6:30 AM 6 comments: