Huzzizzle of the Realms - August 2016 UR News #amreading 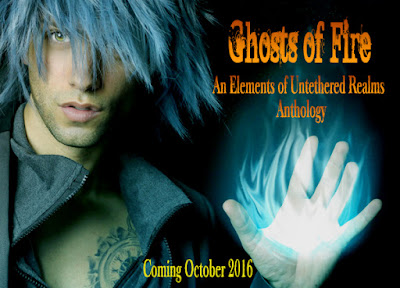 Renovating houses for the paranormal community is easy. Saving their world? Not so much.

The first book releases on October 17th, and all three are available for pre-order.

The Value of the Writing Retreat


Every year I go to a summer writing retreat in the Cape, and these days, we also organize a winter one at my place in the Catskills. I have come to depend on these, to both unwind, and get cracking on my WIP.

Because writing is a rather solitary type of work, being connected to various writing communities is a must, or at least a lifeline. I belong to this amazing group, Untethered Realms, where we bat around story synopses, business stuff and other issues. I also belong to SCBWI, WNBA and RWA. But the extended writing retreat can deliver a more comprehensive array of writerly needs.


We gab over morning coffee, write all morning, have lunch together and then return to our various writing stations until late afternoon when the ocean calls for swimming. In the evening we take turns cooking dinner, and play writing games after the meal. And we save one night for reading excerpts from our WIPs. Occasionally, we even watch some TV but we watch it as writers, analyzing plot issues, characters, and the like. This time the shows in question were The Night Of and The Night Manager. Oh, and China vs Brazil in women's volleyball.

Of course, we have fun, too! This year we took time to go on a sunset sailboat cruise.

Have you done a writing retreat? What was your experience?
Posted by Catherine Stine at 8:39 AM 15 comments:

Who You Gonna Call? Not Ghostbusters!

A writer’s mind is an interesting thing. It starts with the question, What If? And goes from there.

For the upcoming Untethered Realms short story anthology, Ghosts of Fire, my story was born in much this way…


Who’s in charge of monitoring threats to your country? In the United States we have homeland security and in the United Kingdom MI5 is in charge of domestic security. Both countries are well versed in threats to their respective countries, who’s behind them, and how to protect against them.


But what if there were threats most people didn’t know about or even believe in?

As in the supernatural kind?

Who you gonna call?


Not Ghostbusters, that’s for sure! Not for serious threats to your country.

The general public doesn’t know about these threats and it’s best to keep it that way. No reason to cause mass panic. Chaos would reign. Just take care of the problem.

That’s where Secret Branch comes in. Its existence is known only to the Prime Minister and a few of his cabinet members. And what of the special agents who work for Special Branch? They have special gifts, of course; the ability to see supernatural beings and the skills to rid England of any threats coming from them.

In Mind the Gap, one such special agent wants to gain favor with a particularly attractive detective he knows, so he sets out to find the art thief she’s after using good old fashioned investigative skills.

But when you’re a “special” agent, the supernatural are always going to have other ideas.

And this is how my story was born...

Who would you call?

Hekate's torchbearer and a muddy prophet 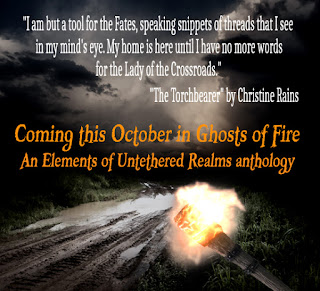 We've heard all about the drama between the Greek gods. Who the cheaters were, who got turned into what an animal, and who tricked his fellows into doing something idiotic. I've always been fascinated by the myths, but I wondered about all the poor souls we never heard about. Ones with stories just as enthralling and suspenseful.

"The Torchbearer" was inspired by a loyal lampade named Desma. A what, you ask? Lampades are the nymphs of the Underworld gifted to Hekate by Zeus for her help in the Titanomachy. They accompany Hekate on her journeys and carry torches with flames which can drive mortals mad.

Desma's story takes place in the shadow of Persephone's kidnapping by Hades. You know the one, how Persephone became the Queen of the Underworld? Well, what if there was a chance that it could have been avoided? It's that possibility which drove me to write this mournful tale.

Hekate commands Desma to visit a handsome prophet at a crossroads and listen to his words. The Fates have a sense of humor in that his foretelling is spaced out over six nights. Desma must keep returning to the crossroads, and each time, she finds the prophet closer to death.

With Demeter's neglect of the land and the chaos of the Underworld, it is a simple torchbearer and a muddy prophet who can stop it all. I wanted to know what happened. And I hope you do too.

Did he think me hollow, an empty illusion, like my torch's fire seemed to me?
Posted by Christine Rains at 12:00 AM 12 comments:

Cathrina's Review of The Body Dwellers by J.A. Kazimer #specfic 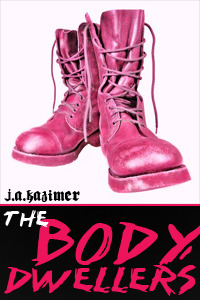 In a world divided by genetics and a concrete wall, Indeara Adair, a mutant enforcer survives by kicking the occasional gnome ass. A job her half-human, half-mutant cells make her terrifyingly skilled at. Life is good with a few exceptions, namely, an elite force of cops who have Indeara in their sights, not to mention the reappearance of Quinn Daniels, a man who betrayed her three years ago to dwell among the human race. A man she must now protect in order to save the mutant population. Yet these are the least of Indeara’s concerns, for somewhere, a plague destined to destroy the mutants is scheduled for release. A plague developed by Indeara’s own grandfather. With the help of a ragtag group of mutants led by the mysterious head of the rebel cause, Jake McClain, Indeara slips beyond the wall and into the human world to aid those she loves, and to learn the truth behind her own genetic code.

Julie Kazimer is a prolific and gifted author who knows how to keep the reader on the edge. In The Body Dwellers, Julie takes us on a wild, fast paced rollercoaster ride. You barely have time to inhale before the protagonist, Indeara, who is half-mutant, five-foot-six, dressed in a skullcap, black cargo pants, and pink combat boots kicks some butt. A Stannum is a term Indeara hates, it's a genetic mutation of metals which protects her cells and heals like lightning, however, she feels pain like any human. But humans fear her more than any other mutations because she's harder to kill and more willing to die.
The world of mutants is being infiltrated by a deadly plague, the harsh, hard hitting community barely thrives as humans have sequestered them behind a walled barrier. Humans are scared of a mutant apocalypse, motivated by prejudice and lies.
Indeara believes her wealthy, human grandfather has devised a drug to make mutants into humans. The scientist thinks nothing of butchering mutants for his gain. Indeara wishes to join the Resistance to fight against their human killers.
In the beginning of the novel you read that Quinn, the love of Indeara's life has plugged three bullets into her before defecting to the human side of the wall. Needless to say there is a cool, love interest twist to this novel that I enjoyed.
The Body Dwellers is a pistol whipping, kick butt, hard assed, love 'em and kill 'em novel that will leave you gasping.
Posted by Cathrina Constantine at 12:00 AM 4 comments:

The Best of Intentions...

I'm sure my Untethered Realms buddies are all looking forward to me being awesome on another one of my fabulous vlogs. No really. I have a Youtube Channel now. Currently it has two vlog posts on it.

The sad thing is that I volunteered to do our first ever Untethered Realms vlog post more than two months ago, thinking that I'd have more than enough time to get everything done.

What I didn't bargain on was the whole-scale destruction of my available time.

So one day, I will get into a regular vlogging groove during which I will post one fabulous vlog featuring me (because I'm hugely entertaining on film, not to mention eloquent.) But today is not that day.

It got me thinking, though. Is it me, or is 2016 just rough on us writers? My writing is about a tenth of what I had (conservatively) anticipated having. Add to that the general stress and strain and just general curve-balls that is life...

Chaos, I tell you.

And I don't know why. Did someone push a button somewhere? In which case, shall we gather together with flaming torches and pitchforks? Because I for one want to kick that person's ass.

I mean really. Life being busy is one thing, but I'm one of those people who likes having something to show for my time. But it's almost year-end -- Don't laugh. You know you'll blink at the end of this post and we'll be singing Auld Lang Syne. -- and I've managed exactly one finished project in total. And only that because I had done 90% of the work last year already.

I could be pulling out my hair because of this. Really I could. In fact, I was there, emotionally, a month or so ago, but then I realized something.

Sometimes, even our best efforts and intentions won't lead to our expected results. Boo! Yeah I know that sounds like a serious downer, but actually it's not. Really, it's a permission slip to cut ourselves some slack.

I know I'm not this unproductive because I've been slacking. I've been struggling because 2016 is hard. And if you're sitting in the same boat as me. Gosh there are a lot of you.

Those of us sitting in this boat are going to have enough trouble keeping it afloat until things get better again. Let's not add to the weight by carrying along our guilt and failure anxieties.

So. I've had to adapt my expectations for what I want to achieve in 2016 because the alternative would be working myself into an early grave. And I've realized that that's okay. Hopefully next year our little boat hits a nice island filled with muses and plot bunnies and we can get some serious work done.

What about you? Are you in the same boat as me? Yes? Welcome. No? Call the coast guard. Please and thank you.
Posted by Misha Gerrick at 8:00 AM 29 comments: