Getting You and Your Book Some Notice

Trying to stand out among the throngs isn’t an easy job, is it? No.

That’s why I created the online joust last year. I wanted something different and unusual and fun. It certainly brought attention to me and my newly released book, The Renaissance of Hetty Locklear.

That was all well and good. The fun and camaraderie led to comments like, “You should do this every year.” Hmm, I thought. 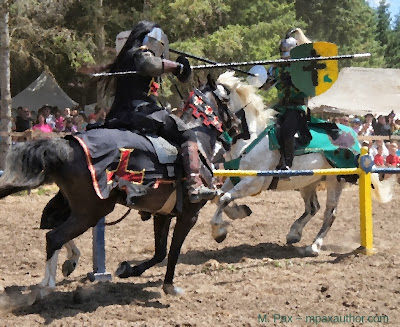 That event also led to the creation of Untethered Realms. Several of the folks stayed long after the fun, chatting. One thing led to another. And, here we are.

The joust has been expanded into the Realms Faire. It’s meant to encompass all speculative fiction, even though so far it’s mostly medieval based. There will be nine events hosted on nine different sites [including this one] with chances to win prizes every day.

Yes, every single day, nine times over, you could win a prize. There will be the joust, a masquerade ball, the book witchery trials, a dragon hunt, castle jumble, soak a bloke/drench a wench, phasers, and an event using writer’s excerpts and secret/magic words.

UR will be offering a Kindle as a grand prize and a mega ebook bundle. It’ll be a grand opportunity to have some fun.

It’s a grand opportunity to get yourself and your book or site some notice in a week long event aimed at bringing in readers and fun seekers. Want to get involved? Sign ups are HERE for specific events and sponsors. Or you can email me at mpaxauthor at gmail dot com.

Our gracious hosts for this event: Cas Webb [thank you a ton for stepping up], Christine Rains, Laura Eno, Angela Brown, Gwen Gardner, Samantha Geary, River Fairchild, M. Pax, and Untethered Realms. A big thank you to Catherine Stine for putting together the grand prize packages. 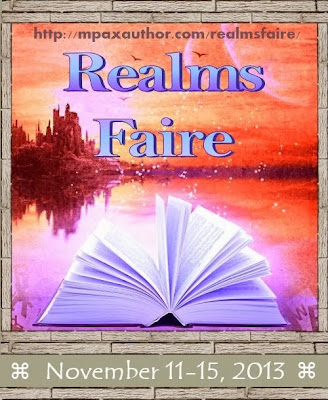 I hope you'll join us for a lot of fun the week of November 11th.