Sooo, I guess this is the month for confessions. Last week, Catherine Stine confessed her current bookish fetish about Marilyn Manson. Today, I'm confessing...my fascination with graveyards. Not just any graveyard, though. Only old ones, especially Victorian.

When the hubs looked over at my laptop this morning and noticed I was on the Billion Graves website, he mentioned that most men might be concerned about their wives having this bizarre fascination. Murder, ghosts, graveyards...yeah, that's just a start.

But he's a brave man and we've been married a really long time, so some of my strange proclivities are just another day in the life of Gwen Gardner for him. And actually, I'm going to show you a photo of him posing, in a graveyard, as the Ghost of Christmas Future--without any prompting from me.

It started at the Old Saint Chad Church Cemetery in Shrewsbury, England, where we recently visited. We'd been there before, about twenty five years ago. We knew the secret, you see, and had gone back to find it.

We went through the gates,
just as we had twenty-five years ago... 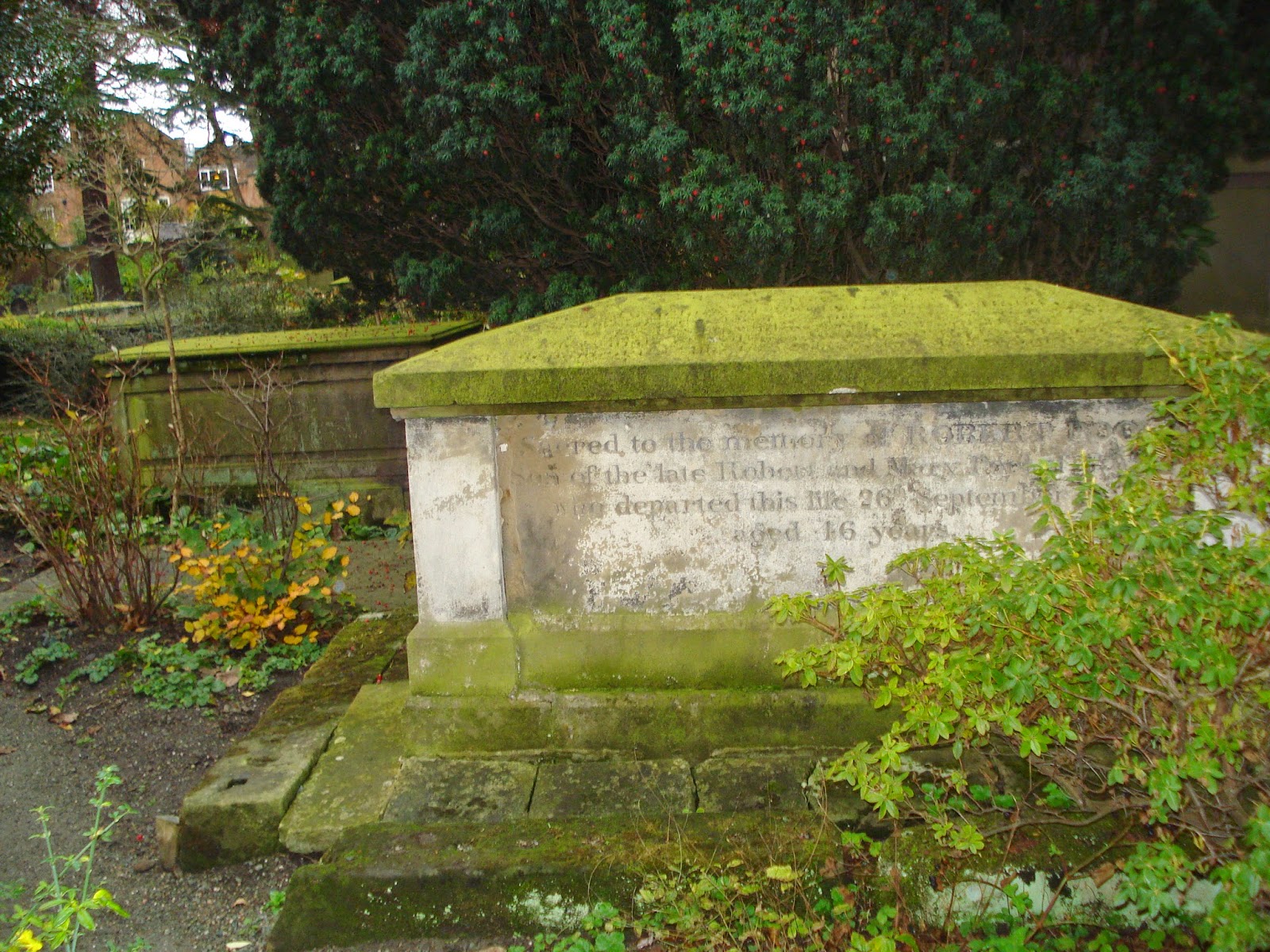 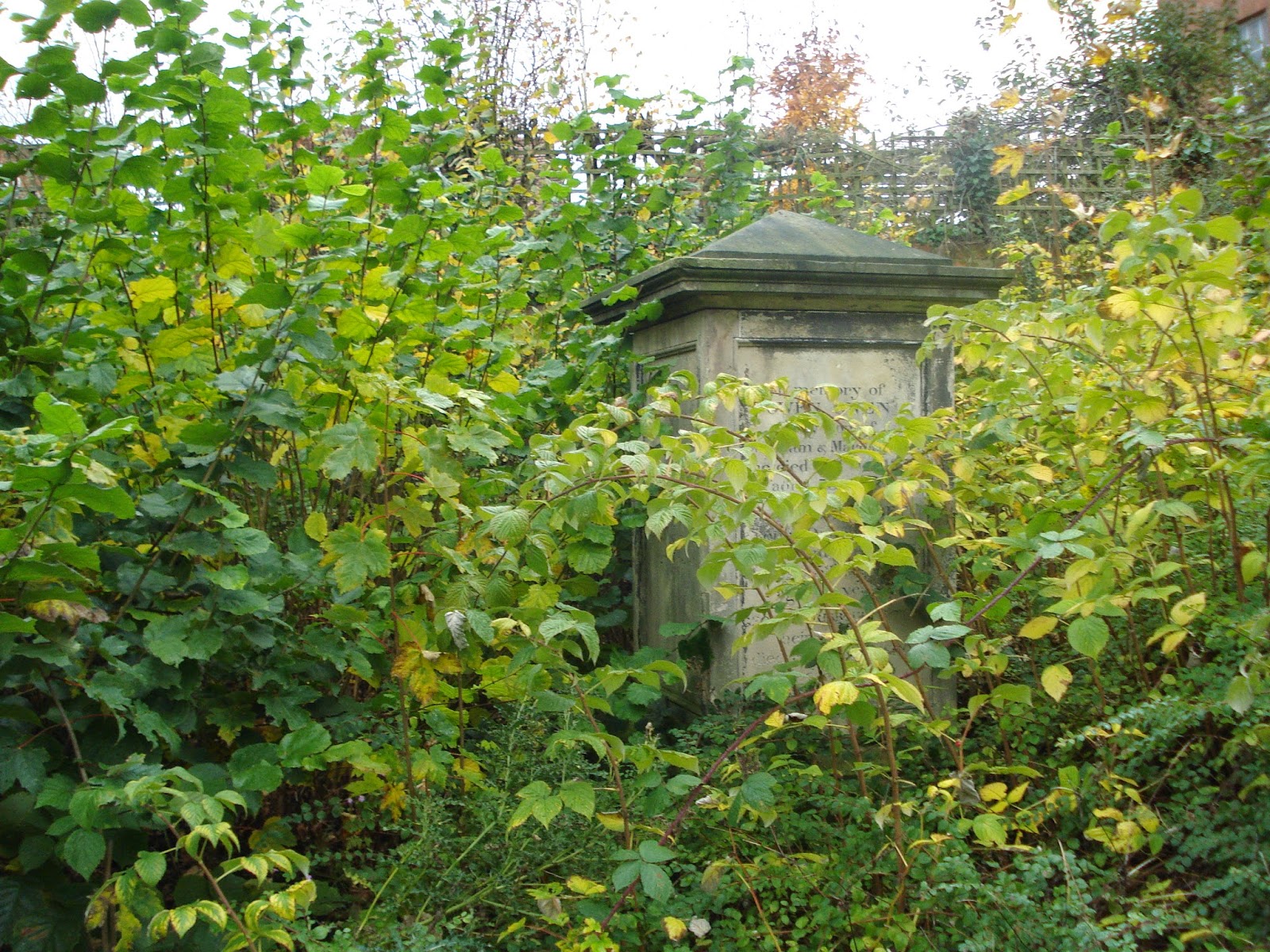 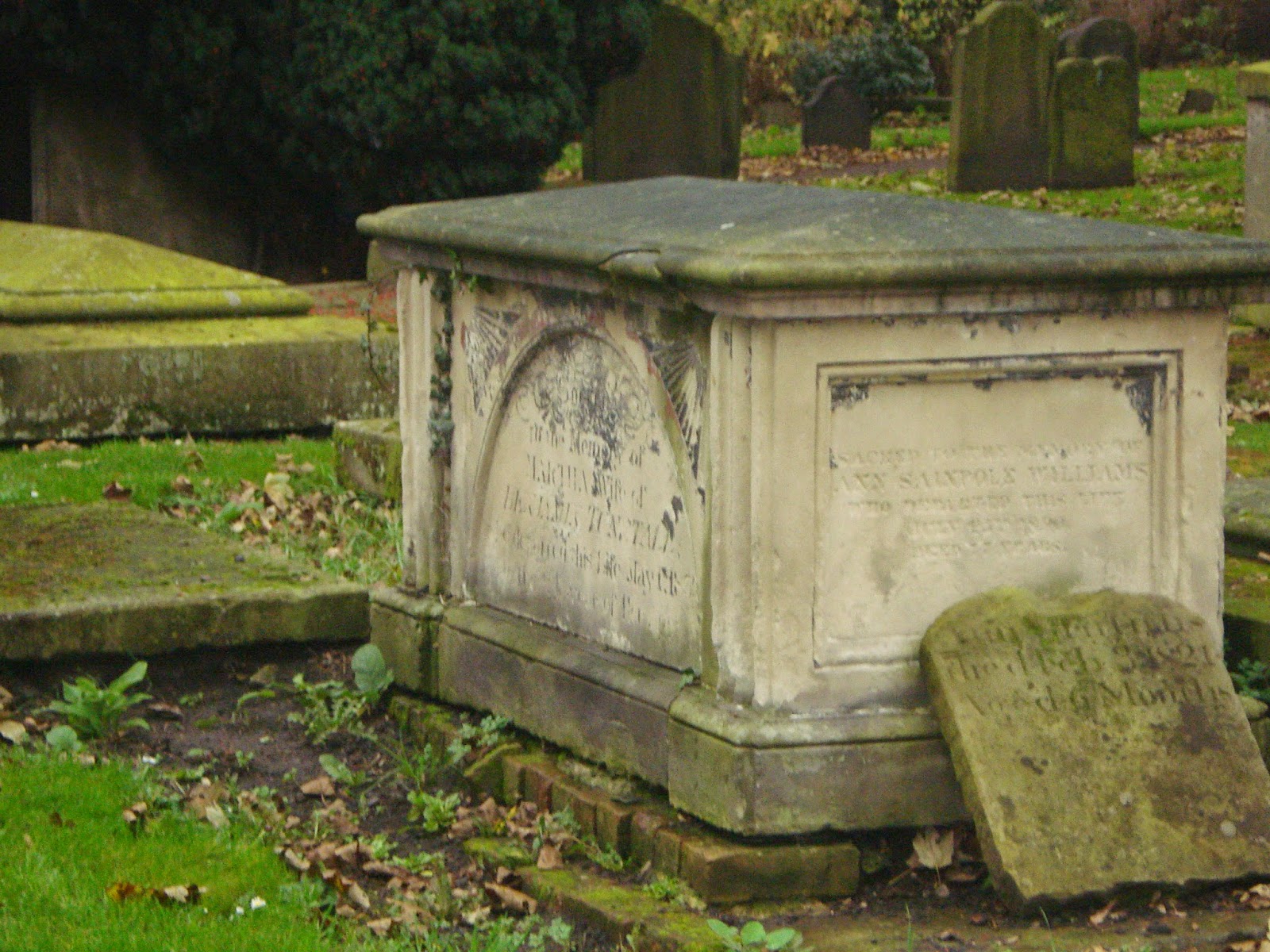 We couldn't remember exactly where it was...

Still not quite sure? 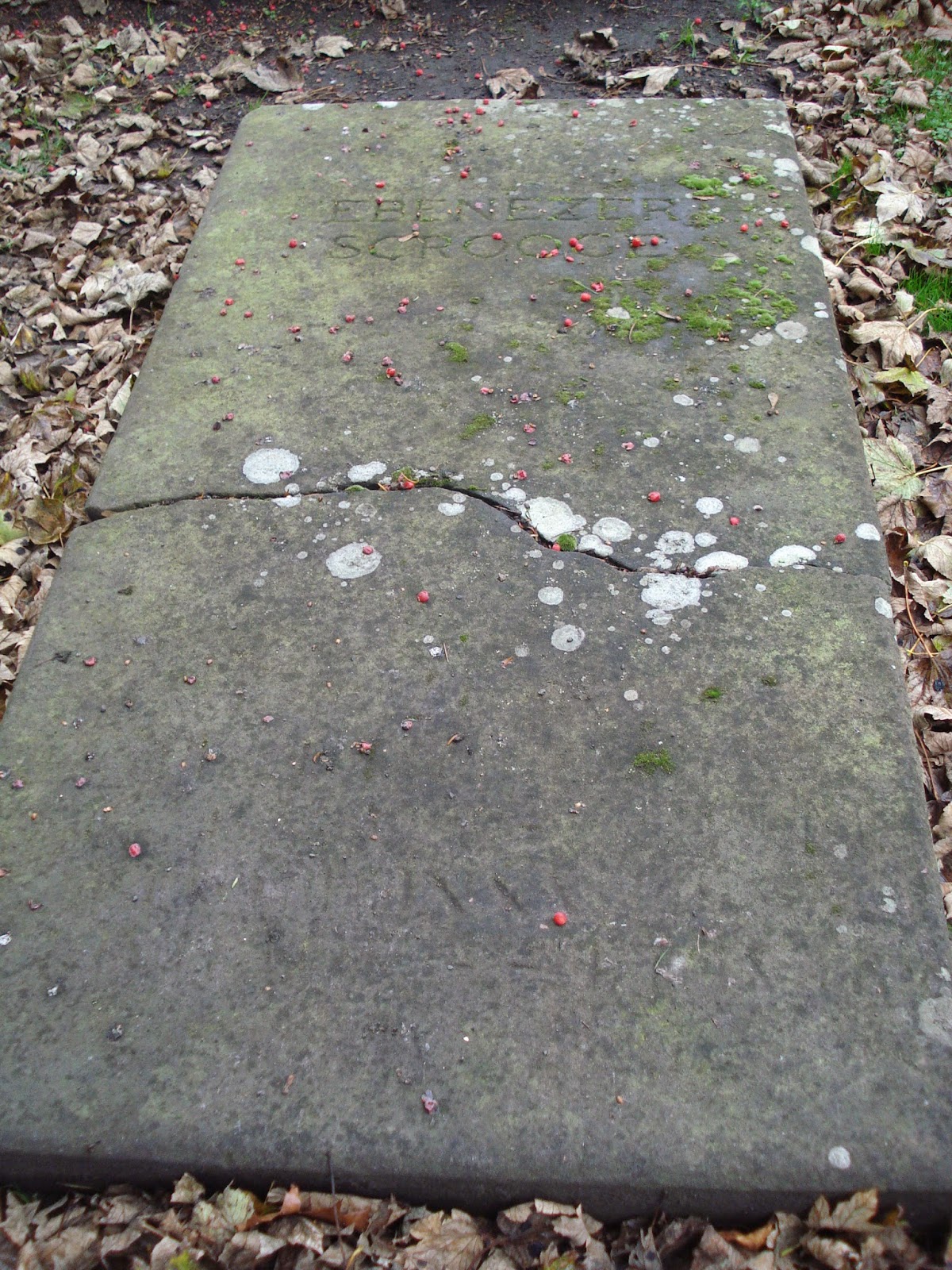 Ebenezer Scrooge!
And now you know the secret.
The hubs and I stayed at a bed & breakfast in Shrewsbury twenty-five years ago. The landlady told us that the 1984 version of A Christmas Carol was filmed right there, and in fact, Scrooge's headstone was still in the cemetery. They used the back of an old existing headstone to make one for Scrooge.
Here's a little factoid: A Christmas Carol was filmed in the summer, so the actors were sweating their buns off during filming, all wrapped up because it was supposed to be December. A lot of locals were hired as extras. In fact, many of the locals were upset because an American, George C. Scott, was hired to play Scrooge, rather than an Englishman as Charles Dickens intended. But all was forgiven because George C. Scott did an excellent job of acting.
Here's a snippet from Youtube. The part of Ghost of Christmas Future doesn't show up until minute 4:35, but it doesn't contain the scene I mentioned above. ﻿
﻿


What is your secret obsession?﻿﻿
Posted by Gwen Gardner at 12:01 AM