What inspired Witch of the Cards, my historical fantasy 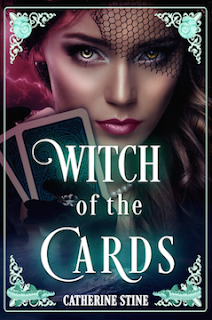 My historical fantasy Witch of the cards launches in mid-March. I want to tell you about specific elements from the real world that inspired this dark fantasy. It's set in 1932 in Asbury Park, NJ, a beach town I've been going to for years. A while ago, I wandered into one of the boardwalk stores and saw old photos of a shipwreck that beached on the shores of Asbury for an entire year.

It was a party cruise boat called the Morro Castle that sailed from New York City to Cuba during prohibition, so high-rollers could drink without penalty. In my novel, the disaster at sea was caused by very different events! Peter Dune, one of the main characters in my novel sails on the Morro for a business meeting. For fun, I added cameos on the Morro of Bela Lugosi (the actor who played Dracula), Irene Ware (a 1930s movie star), the great surrealist Salvador Dali and Elsa Schiaparelli, a famous clothing designer who collaborated with Dali. 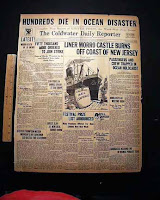 From the nucleus of a real life paranormal museum in Asbury Park, I created Peter Dune's Tarot and Seance. A salt water taffy store on the boardwalk got transformed into a magical place with a very strange speakeasy in the basement.

Fiera was born a sea witch with no inkling of her power. And now it might be too late.

Witch of the Cards is historical, supernatural romantic suspense set in 1932 on the Jersey shore. Twenty-two year-old Fiera has recently left the Brooklyn orphanage where she was raised, and works in Manhattan as a nanny. She gets a lucky break when her boss pays for her short vacation in Asbury Park. One evening, Fiera and her new friend Dulcie wander down the boardwalk and into Peter Dune’s Tarot & Séance, where they attend a card reading.

Fiera has always had an unsettling ability to know things before they happen and sense people’s hidden agendas. She longs to either find out the origin of her powers or else banish them because as is, they make her feel crazy. When, during the reading, her energies somehow bond with Peter Dune’s and form an undeniable ethereal force, a chain of revelations and dangerous events begin to unspool. For one, Fiera finds out she is a witch from a powerful sea clan, but that someone is out to stop her blossoming power forever. And though she is falling in love with Peter, he also has a secret side. He’s no card reader, but a private detective working to expose mediums. Despite this terrible betrayal, Fiera must make the choice to save Peter from a tragic Morro Cruise boat fire, or let him perish with his fellow investigators. Told in alternating viewpoints, we hear Fiera and Peter each struggle against their deep attraction. Secrets, lies, even murder, lace this dark fantasy.

What real life elements would you love to turn into historical fantasy?
Posted by Catherine Stine at 4:25 AM