Discovery and Space Adventures. What's Out There? #SciFi #FREE 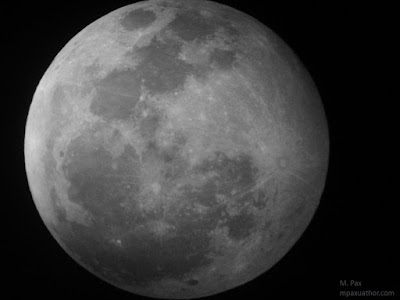 My first memories of television are Lost in Space, Space Ghost, and the Jetsons. A few years later came the Moon landing. I was only five, but the Moon landing blew me away. "Wow," is what I still think. To have the perspective of before and after is a gift.

It spawned the space age and a fascination for what lies beyond our planet. Then there was Star Trek, Doctor Who, Star Wars, Battlestar Galactica, 2001: A Space Odyssey, and Tang. I grew up thinking that Earth was no longer the limit, a very special time.

Then came along Babylon 5, Farscape, and Stargate. And I can't wait for the next Guardians of the Galaxy.

I want to know what's out there, and these shows and stories give us glimpses. Because if we can imagine it, it exists. It's already been proven with diamond planets and super Earths.

We are fortunate to live in an age of vast discovery that gives us glimpses of worlds beyond our own. Discovery is the part of any story that interests me the most. Take me to a new world. Introduce me to new people. Whether it's learning about a different culture or point of view on Earth or on another world, a different time, or a world yet unseen by human eyes, I can't resist the lure of discovery. It calls to be like a beacon.

What do you love to discover?

The Backworlds Collides with 7 Other Galactic Empires!

Eight full-length novels of adventure, war, intrigue and survival in the far reaches of space.

The Backworlds by M. Pax  A man struggles to survive in the harsh world of humanity’s outer settlements and prove his father wrong.

Ambassador 1: Seeing Red by Patty Jansen To look an alien superior in the eye is a deadly offense. To accuse him of a political murder…

Alien Hunters by Daniel Arenson A scruffy alien pest controller faces an alien threat the likes of which the universe has never seen.

Bypass Gemini by Joseph Lallo A disgraced racer pilot gets mixed up with a mega-corporation. Now he has to stop them.

Sky Hunter by Chris Reher Sent to a human outpost to investigate sabotage, a pilot finds more trouble than she bargained for.

The Galapagos Incident by Felix Savage A genocidal AI attacks the solar system, and a Space Corps agent has one chance of saving a bunch of asteroid squatters she was sent to evict.