The Wallows, a Dark #Fantasy Part of Spirits in the Water #speculativefiction 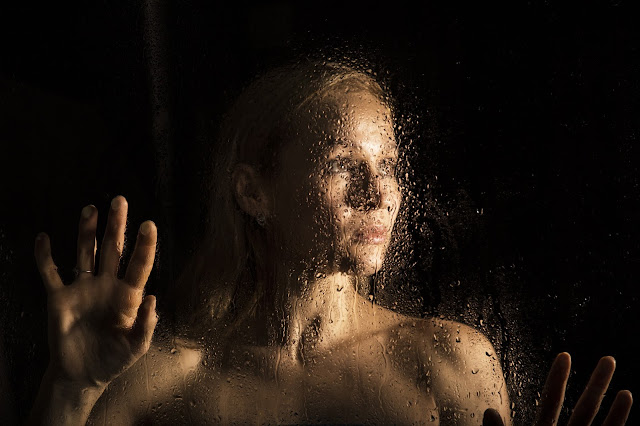 The Wallows
by M. Pax

Spirits in the Water is coming! Get excited for some great stories inspired by the element of water. Here's a snippet from my story, "The Wallows," about a young woman not yet old enough to legally drink with a three-year-old daughter and a lot of stress. She wants nothing more than to escape her troubles. You know what they say... be careful what you wish for...


The weird lamppost continued to glow green, and it was the only one still lit. After unlocking her bike, Evernee Weems wheeled it to the lamppost. A small puddle lay under the streetlight, and a drip slowly tumbled from the bowl-shaped shade to the ground. The drop fell slower than normal. Ripples broke the surface of the puddle in perfect circles. After two heartbeats, the puddle settled into a sheen as serene as the cloudless sky. 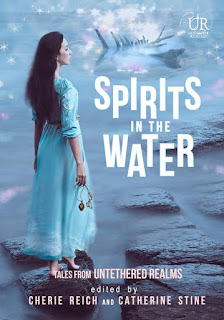 Evernee studied the shallow depths and sighed. “It’d be cool if it was another world and I could go there.”

The puddle shimmered, and for a scant second she saw the faintest image of a man’s face. She bent over and peered closer. Her eyes blinked back. Two songbirds landed on the opposite side, thirstily pecking at the water. With the drought, how did a puddle form?

Shrugging, Evernee hopped on her bike. She rode to the other side of town to pick up her daughter and parked the bike a block away in a thick hedge. Her phone beeped, the alarm warning she was going to be late picking up Poppy. She jogged down the sidewalk and around the corner. A frowning Mrs. Drow stood at the gate holding Poppy’s hand. She was a tank of a woman with a lot of gray among the badly dyed auburn strands.

“You’ve got a better deal than most, Miss Weems. You know what time I close.”

“Sorry, Mrs. Drow. I was at work. You know, earning a living.” She reached for her daughter.

Poppy clutched onto a bunny constructed from old socks and baby clothes. Evernee had sewn it herself. Poppy tore away from Mrs. Drow and, in doing so, ripped the arm off her rabbit. “You late, Mama.” Throwing the bits of bunny on the sidewalk, she marched down the street as if she was about to turn seventeen instead of four.


***
Have you ever wished to escape? Where did you imagine you might find a better world? When I drive into the wilds of Oregon, I still think it'd be grand to find another world hidden in the old forests. 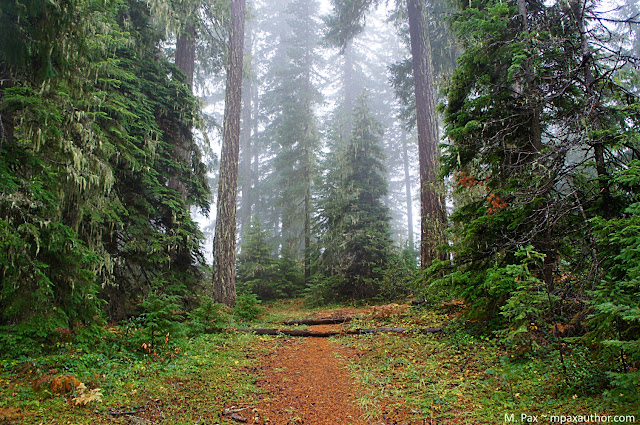 Sometimes I find otherworldly places, but they're still very much in our world. It'd be neat if they weren't... maybe. Be careful what you wish for, right?