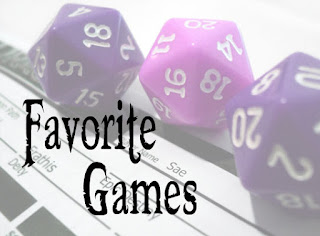 Board games, video games, card games, role-playing games.
From the well-known classics to the modern and underrated.
We all love games.

This awesome board game is about strategy and luck. Build up your roads, settlements, and cities to win. The board changes every time you play and the mechanics of it are simple. I play this every day on the computer instead of solitaire, and if I'm lucky, I can find people willing to play the board game with me. I tend to roll well! It's not unusual to hear someone call out: "I have wood for sheep!" 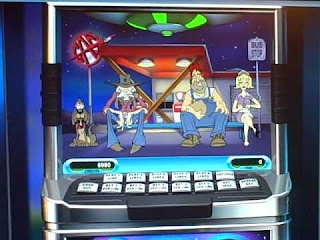 Let me just say, I'm very glad I don't live in Las Vegas. I'd be panhandling on the street in order to collect enough money to play this silly video game. It's not the gambling aspect that draws me, it's the game itself. Okay, this is a secret, right? I hear somebody out there laughing. Don't. The cows laughed... right before the aliens took them. Beware! 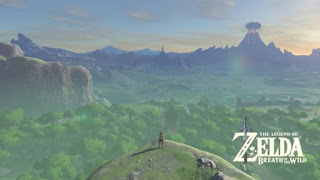 Zelda: Breath of the Wild

This is a tough question. I played Dungeons and Dragons a lot - probably too much - when I was younger, and I also love a good fantasy-based computer game. I have lots of fond memories of losing myself in games like Tir Na Nog and Lords of Midnight. Ah, happy days. But I'm going to cop out slightly and go for the game I'm currently playing because, well, it's my favourite right now. Zelda: Breath of the Wild is awesome and huge and beautiful.

I'd have to say Candyland, though I do love Clue because I love sleuthing and I usually win. LOL. And I like Candyland not to play, but because I adore the images. In my days as a painter, I painted the Candyland board and the cards many, many times! I can't tell you exactly why I love these images so much. Perhaps it has to do with the peculiar magic of childhood. Anyway, here is an oil painting of mine called Little Bird with Candyland Cards, along with a photo below of the old style Candyland board.

So maybe I shouldn't admit this, but if I had to pick my favorite game lately, Cards Against Humanity would win. Mainly because it's my favorite one to play when I have friends over. Though it does get a little old after a while, the expansion packs are fun, and it's pretty much guaranteed to bring a laugh or two :) Albeit, a bit of off-color laughter at things that aren't terribly appropriate, but that's okay from time to time! 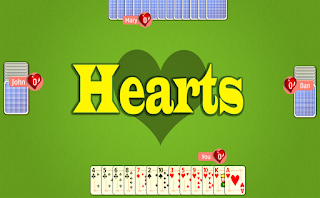 We always had game night when I was a kid, and my family loved game. Everybody was so competitive. There was no 'letting the kids win' ever. I have fond memories of sitting around tables, talking, and laughing, teasing each other. My grandmother was the best hearts player. No one ever beat her, but we kept trying. I had my first taste of beer while playing cards with the grandparents. I see all the faces of people I miss: Grampa, Gramma, my brother-in-law, and my brother. The games I played with them will always be my favorites. 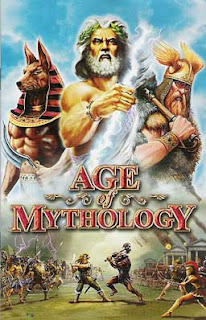 I couldn't begin to tell you how many hours I've played Age of Mythology. You can play either as Egyptians, the Norse, or the Greeks. If you have the Titan Expansion pack, then you can also play as the Atlanteans. They now have one for Chinese gods too! They have two amazing campaigns, and the storylines are fantastic. The graphics are beautiful. The music is awesome, and there is something strangely satisfying about wiping out the other civilization. My favorite cheat of the game is Wuv Woo, which summons a flying purple hippo that kills enemies with hearts.
Posted by Christine Rains at 12:00 AM