Reality vs Fiction. Settler, Home of The Rifters! The Reader, Rifters Book 3 is HERE! #SciFi #Fantasy

In the Rifters series, I based the little, wilderness town of Settler on an actual town in Oregon. Settler is roughly based on Fossil, Oregon.

Fossil has a population of about 500. Settler is 2x that at 1000. So that I fictionalized.

Fossil is located in a county which houses the Painted Hills and the Ochoco Mountains. 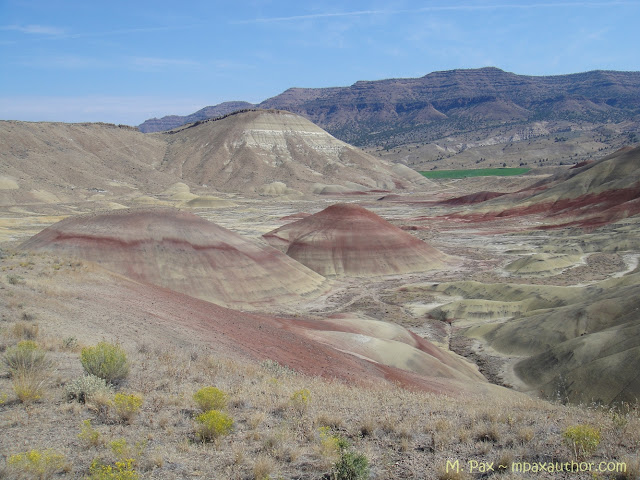 I wanted it closer to where I live, so moved this lovely town to the Newberry Caldera. Here we overlook the two lakes and the obsidian flow. Between the two lakes is the pumice cone. All of this is inside a big volcano. I stuck the town in the middle of all this. 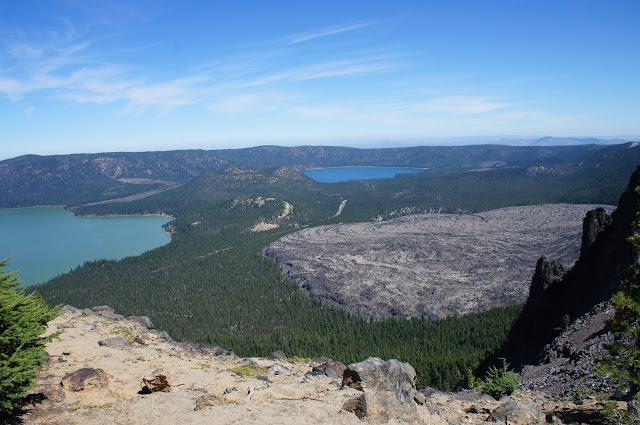 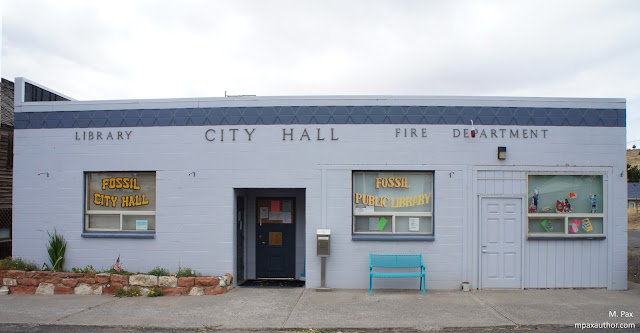 Fossil is very quiet. You can stand on a street corner and not see another soul or another car for hours. The same is true in Settler. 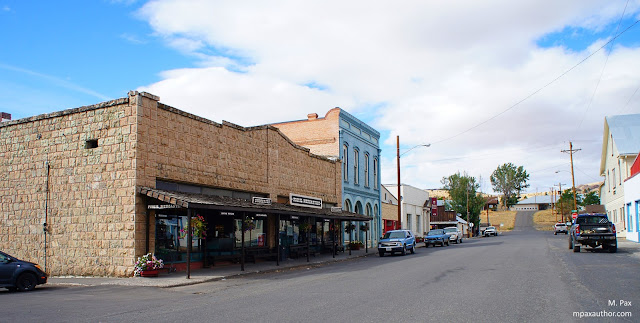 Here's the Paleo Institute I base the one in my books on, complete with dinosaur fossil. 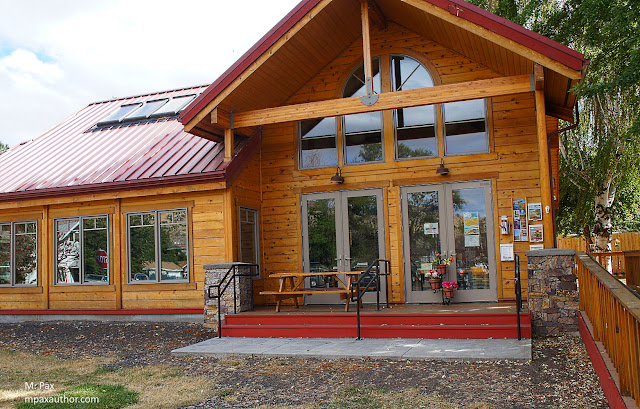 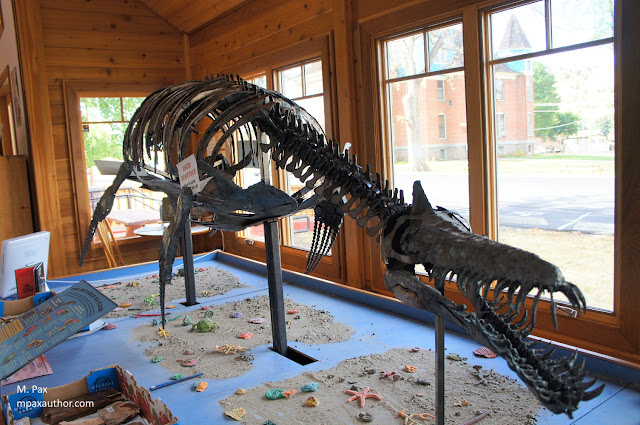 This park is also included in my books, but I changed the mural and in the books this is behind the library: 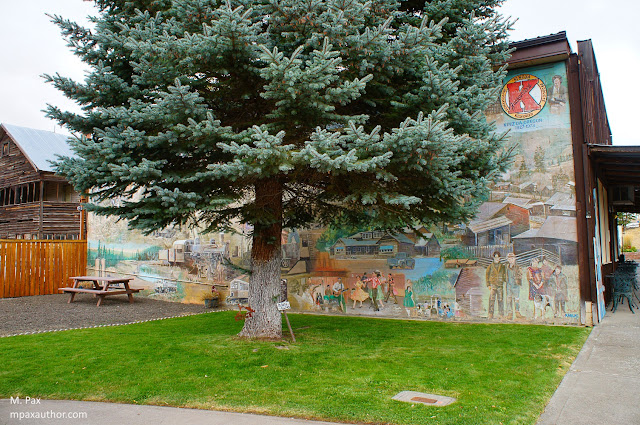 Here is the county courthouse that inspired the Caslow County office building in Settler. In Settler, it's closer to the library. In Fossil, it's next to the Paleo Institute. 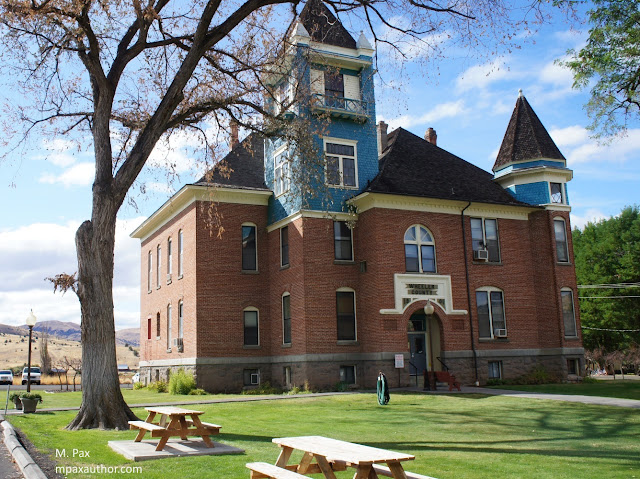 The people in Fossil are awesome. So if you ever go out that way, pop in and visit them. I'll for sure go back. Wheeler County is one of my favorite places in Oregon.

With views like this, I'm always eager to return: 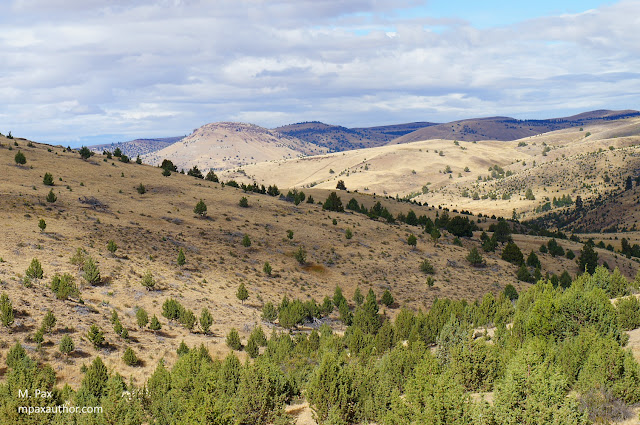 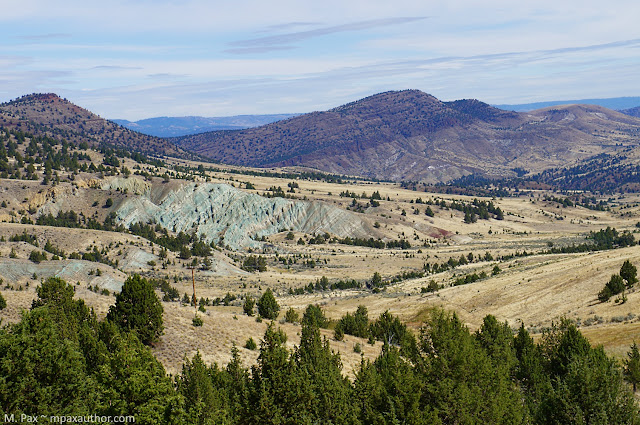 The Reader, Rifters Book 3 is here! 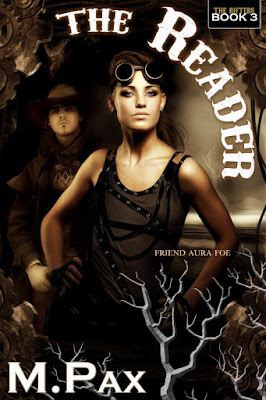 With the rift closed for the season and no more monsters to fight, Daelin Long gets bored as librarian in the podunk town of Settler, Oregon. A job interview and her brother's arrival present a tempting opportunity to escape, until her brother and her best friend, a ghost, disappear.

While Daelin searches for them, more mysteries pile up: dead people coming back to life, portraits of the town founders replaced with strange white trees, and people on the other side of the rift returning. It’s impossible. The portal that allows monsters from other universes to come to Earth is sealed until next summer.

The Rifters, a secret group protecting our world, believe the troubles are nothing more than the tantrums of an offended ghost. Daelin disagrees. If she’s right, the evil hell-bent on destroying Earth has new technology making the rift more deadly. Before the monster summons the next apocalypse, Daelin must find it and destroy it.

Book 3 in the Rifter series.

Need to get caught up? You can read books 1 and 2 in the series for free by becoming an M. Pax Reader.
Posted by M Pax at 12:00 AM