What would you do if you were transported back to medieval times? 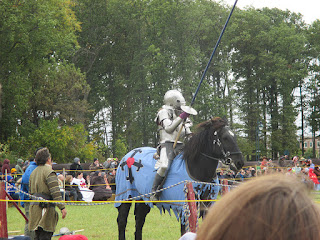 Imagine you, your family, and your friends are at the carnival enjoying all manner of carnival foods and fun rides. You spy a fantastic looking tent touting Rennaisance Faire fun for all. Intrigued, you part from the group intending to just sneak one quick peek. The second you touch the tent flap, everything changes. The tent is gone and all around you is the noise, clang, and clatter of saddled war horses, knights in armor and preparations for a joust. You've been transported to the medieval times. Until you can find your way back to your own time, you have to do something, so, what would you do/be? 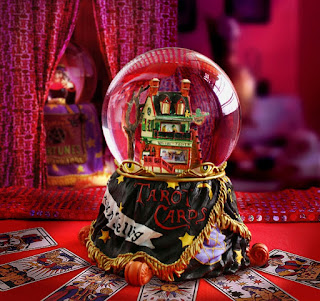 I'd have to be a fortune teller in medieval times. That way I could still keep my head attached to my neck, despite the fact that I'd be a mouthy female who doesn't know her place in society. My skills would be in demand and I could frighten the superstitious people into leaving me alone without resorting to burning me at the stake. 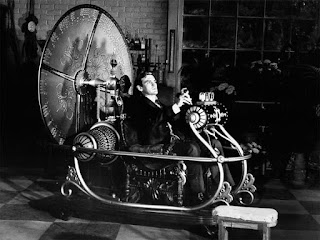 If I were transported back to medieval times, I'd fast be collecting materials to make a time machine to travel back to the 21st century! I couldn't live without the comforts of our modern world. And books! Books were a rare and precious thing in the dark ages. I'd make some coin by being a scribe (if they would even allow a woman to do so!) and piece together a primitive contraption that would make the Time Lords cringe.

If I were transported back to medieval times, I'd be in big trouble. I don't like to see people treated unfairly, so I'd make it my mission to track down Robin Hood and join his rebellious band of men. I'd become an outlaw, hiding from the law and fighting injustice.

I'd be a healer and spend my time growing and drying herbs to use in my concoctions. They'd be tied in bundles and hung from the ceiling and my little hovel would smell so wonderful! There would always be something simmering on the hearth. The plague wouldn't dare come anywhere near my medicinal cures. 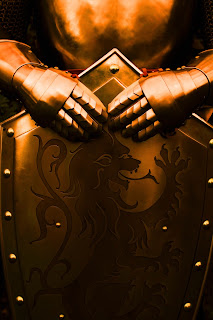 ﻿﻿﻿I'd probably become a knight of mystery. Being transported to a time without electricity, lacking toilets that flush, and missing my basic comforts could bring out some pretty angry emotions. Until I could get home, kicking lots of butt could be a good way of channeling that anger. And being a girl, well, I'd have to keep my identiy a secret.

I'd take a moment or so to panic. Then, I would lament the fact I was in the Middle Ages and not some place cool like Ancient Greece or Rome. After that, I would get myself to a nunnery. Not because I care for all that religious stuff, but it's a safe place for a woman who'd more likely be accused of witchcraft to plot a way back to modern times.

I come from a long line of merchants, so I'd probably be a shop girl working in the family store. If I retained the personality I currently have, I'd spend the days daydreaming of better days. However, considering how life was at the time, I'd probably be counting my blessings to be a merchant's daughter. If I had a choice, I'd be out training the horses. 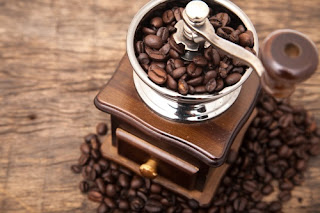 I would be a knight at the Round Table of course, feasting on wild boar and venison, quaffing copious drafts of mead, writing love poetry, and questing after the Holy Grail in my spare time. Okay, back to reality. (UR is a collection of fantasy writers.) According to the dictionary, chapman is an archaic term for a peddler. Yup, I would be the medieval version of a door-to-door salesman, traipsing across the countryside, selling stuff that people can't afford and don't want and likely spreading plague-infested fleas in my wake. Like to buy some vair-lined slippers? They're guaranteed to keep your feet toasty this winter.
Posted by Christine Rains at 12:00 AM