Books to keep you up reading at night! 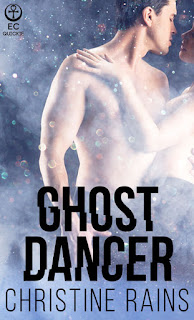 When Nina Azure’s talent as a ghost dancer doesn’t persuade a handsome phantom to talk, she entices him with sizzling sexual energy. Ben Moore’s spirit is tied to this world with guilt, but he breaks his self-imposed silence for the beautiful Nina. Lust makes him fully physical and she loses herself to desire. She must help him carry on to the afterlife, but her attraction to him is immensely powerful. She must push aside her own feelings and let him go—and perhaps find romance among the living.
Purchase links: Ellora's Cave & Kobo

Add it to read on Goodreads! 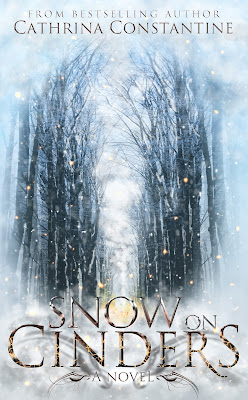 How far would you go to protect your family?

A peculiar metamorphosis has taken shape since the final days. And the planet is in the throes of healing.

Fulvio McTullan leads his family and a band of misfits to form a new settlement, far from Tallas and it’s nefarious Elites. Their journey takes them into uncharted territories where strange creatures are lurking. It’s a battle of survival, not only from the creatures, but the mutated earth as well.

Meanwhile, Pomfrey Addler, an oppressive Elite squashes the insurrection in Tallas. Suddenly, citizens begin to vanish in the middle of the night and his daughter, Paniess is hell bent on revenge.

Fraught with mishaps, Fulvio finally locates the perfect place to settle. They begin to rebuild until they receive a call. A call which will lure them back into the clutches of Tallas.

Catherine Stine will be signing copies of her dark fantasy Dorianna at the 2nd Belmar Book Convention on Sunday, October 11th, from 10 to 4 pm in Pyanoe Plaza. If you live in or near the New York, New Jersey area, come on over for a great day of books, beach, sun and more books! Then walk the Belmar Beach boardwalk and soak up some autumn sun.
Posted by Christine Rains at 12:00 AM