For dark fiction I like handsome, dashing villains. And I tend to like them almost better than the good guys. They need to be every bit as shrewd as the heroes. Because if they’re not, it’s too easy a struggle to overcome them, and we want the battles between protag and antag to be hard won, bloody, and brimming with breathtaking plot twists.

Why sexy, you ask? The real question should be, why not? All the more intrigue and eye-candy to capture your imagination! The hero shouldn’t hog all the good looks and muscles. Besides you never know when a bad guy might turn into a flawed yet alluring anti-hero and actually win over the fair lady’s heart. Sexy rogues abound: the Joker from Dark Knight, Loki in Thor, the Avengers; Khan in Star Trek into Darkness and Alex De Large in a Clockwork Orange. The list goes on and on.

From the very early days of badassery, both real and fictitious villains like Dracula, Jack the Ripper and Blackbeard the Pirate were outsmarting god-fearing folks all around them, and doing it with magnetism and edgy swag. Here’s a telling quote about piracy from the Smithsonian: 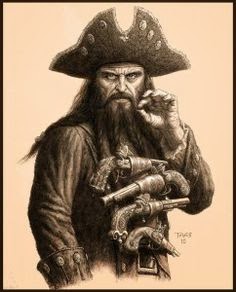 “Out of all the pirates who trolled the seas over the past 3,000 years, Blackbeard is the most famous. His nearest rivals—Capt. William Kidd and Sir Henry Morgan—weren’t really pirates at all, but privateers, mercenaries given permission by their sovereign to attack enemy shipping in time of war. Blackbeard and his contemporaries in the early 18th-century Caribbean had nobody’s permission to do what they were doing; they were outlaws. But unlike the aristocrats who controlled the British, French and Spanish colonial empires, many ordinary people saw Blackbeard and his pirates as heroes… fighting a rear-guard action against a corrupt, unaccountable and increasingly tyrannical ruling class.”

Part of the allure is the vigilante or outlaw aspect—the baddie gets to do all immoral, outrageous things and totally get away with it, at least for a while. Often the villain truly thinks he’s doing a service—like Dexter, ridding the world of even worse killers, or Robin Hood, stealing from the rich to spread the wealth around. Another part of the allure is a villain’s pure audacity, and let’s face it—his fabulous capes, scabbards, leather boots and gold earrings! Outsmarting someone this devious takes masterful strategy and is not for the faint at heart. 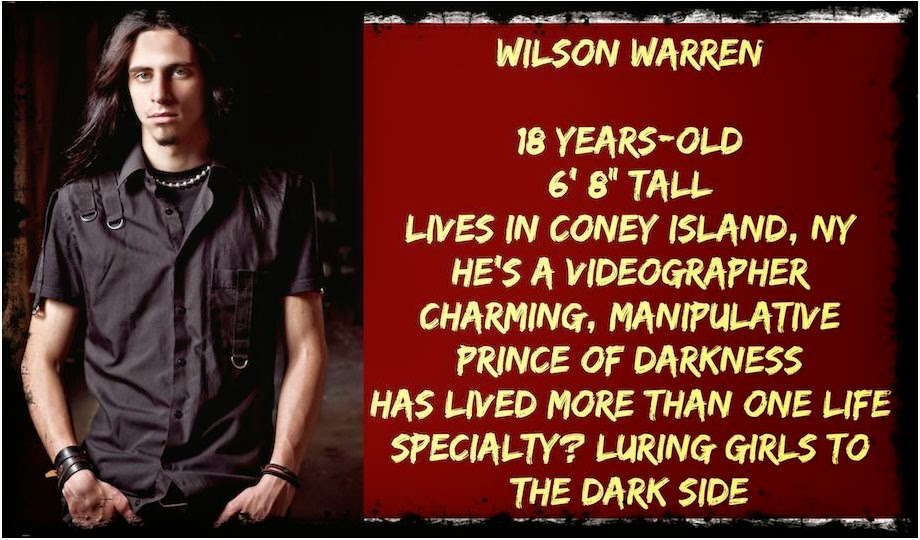 In my YA horror, DORIANNA, the villain is Wilson Warren, a tall, raven-haired stranger who claims to be none other than a Prince of Darkness. He’s also a videographer who, in minutes, edits a compilation of Dorianna so supernaturally beautiful it has her gasping. He paints his nails black, wears Victorian style silk shirts, and black skinny jeans to show off his long legs, and impressive physique. The possible tip-off to his degenerate side is his necklace with its mournful, spooky glass doll face staring out. Well, also his top hat and Voldemort cape he favors when the boardwalk in Coney is windy. Here’s a short excerpt showing just how charismatic he is to Dorianna:
As I watch the video compilation, what really throws me is that Wilson has magically changed me out of my school clothes—the pencil skirt and simple top—and into a yellow fringe bikini, barely covering my thighs.
An immediate protest boils up. How dare he virtually strip me. But as I stare longer at the image, I realize how stunning he’s made me. This is no porn slut image. This is the masterful, painstaking work of a cutting-edge filmmaker, amplifying tenfold the glory of his muse.
“You like?” Wilson asks, clicking stop.
Muse—I roll the word silently in my mind, taste its honeyed essence. All the concerns that crowded my mind minutes ago drift off. Things like morality and conscience seem like dirty rain clouds bumping by. Life is good, I am awesome, and Wilson’s video kicks serious butt.
Placing my hand on his long, curiously delicate fingers, I whisper, “Am I your muse?” I remove my hand only when it starts to heat up, and before he gets the wrong idea that I want more.
Or do I?
He shifts slightly in his chair, in order to line his eyes up with mine. “You could say that you’re my muse,” he admits. In his gaze, I know I could have him right now, in this room, as easily as he’s captured me on video. I could rip off his shirt and run my hands through his forest of hair. Plant a firm kiss on his lips and force them open. His tongue would taste of smoke, of musk, of infinite need.   For that second, I see past his charming façade into the hunger, lodged in his soul. A lonely, desperate soul that seems to have lived for centuries, yet not quite at all—stuck in some netherworld where a virus might exist.
It takes real effort to pull away. But I have to. This is dangerous, this audacious forgetting.

Bad guys are masters of deception, manipulation, and pure wickedness. That’s why, when the good guy finally triumphs, we truly admire and love him.
(Find Dorianna eBook here & here)

Who’s your favorite baddie and why? Do you think villains are sexy?
Posted by Catherine Stine at 9:11 PM