Settler, #Oregon! What a Trip!

My Husband Unit and I took a trip out to Settler, Oregon, this summer.


We were enticed by this awesome ad:

We floated out on the volcanic heated lake with the ducks, despite the mayflies and mosquitoes.


We enjoyed the sights:

The people were awesomely nice. Then things became a little weird. A cloud of fire appeared in the sky and we were rushed into the bomb shelter under the high school. Yeah, they still had one of those. Nothing new has been built since the 1950’s... at least. The next thing we knew, they had whisked us back to Bend, citing volcanic activity. Hmm, so far only Settler has reported the incident in the Caslow Circuit, the county paper they print once a month.

Anything weird ever happen to you like that? How was your summer trip? 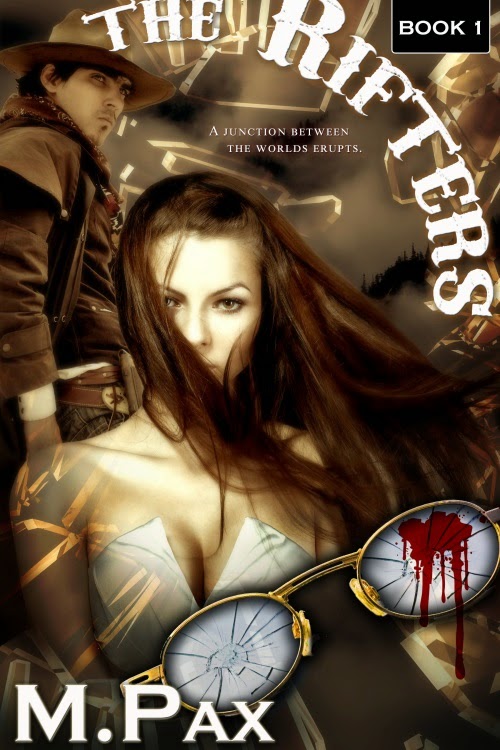 The Gold Rush trickles to a fool’s quest and a string of stagecoach heists. In 1888, Earl Blacke decides to make a new start and become a better man. He escapes into the mountains, heading north. In the wilds of Oregon, a rift inside an ancient volcano opens and sends him into the future, into the present day. It also shaves forty years off his age, forty years to live over again and atone for what he’s done.

Starting over is hard to do. In current day New York, Daelin Long’s dream job at a publishing house goes the way of the dinosaurs her sister chases. With no money and nowhere else to go, Daelin accepts the librarian position in her sister’s dinky town in the middle of Oregon. Nestled inside ancient volcanic peaks, the town of Settler holds onto many secrets. Residents roam the streets with weirdly fashioned devices, and odd lights pulse in the night skies. People whisper of a phantom outlaw and start dying, murdered and missing their heads. On top of it all, Daelin’s sister is missing, and Daelin doesn’t know who to trust.

Earl knows more than he’s saying. He shares a notorious history with the phantom, one he’ll see remains buried. Keeping Daelin’s sister’s secrets is his only chance at redemption, and the only way to keep this world safe. 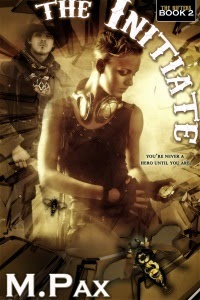 Take advantage of the preorder special on book 2, The Initiate. Only 99 cents via preorder from Amazon, iTunes, B&N, and Googleplay. Preorder


All commenters to this post will be put in a drawing for ebook copies of The Rifters and The Initiate. Visit HERE for more giveaways and events.