Fantastic Speculative Fiction - This is Worth Reading: The Accidental Prophetess by Michelle Lam 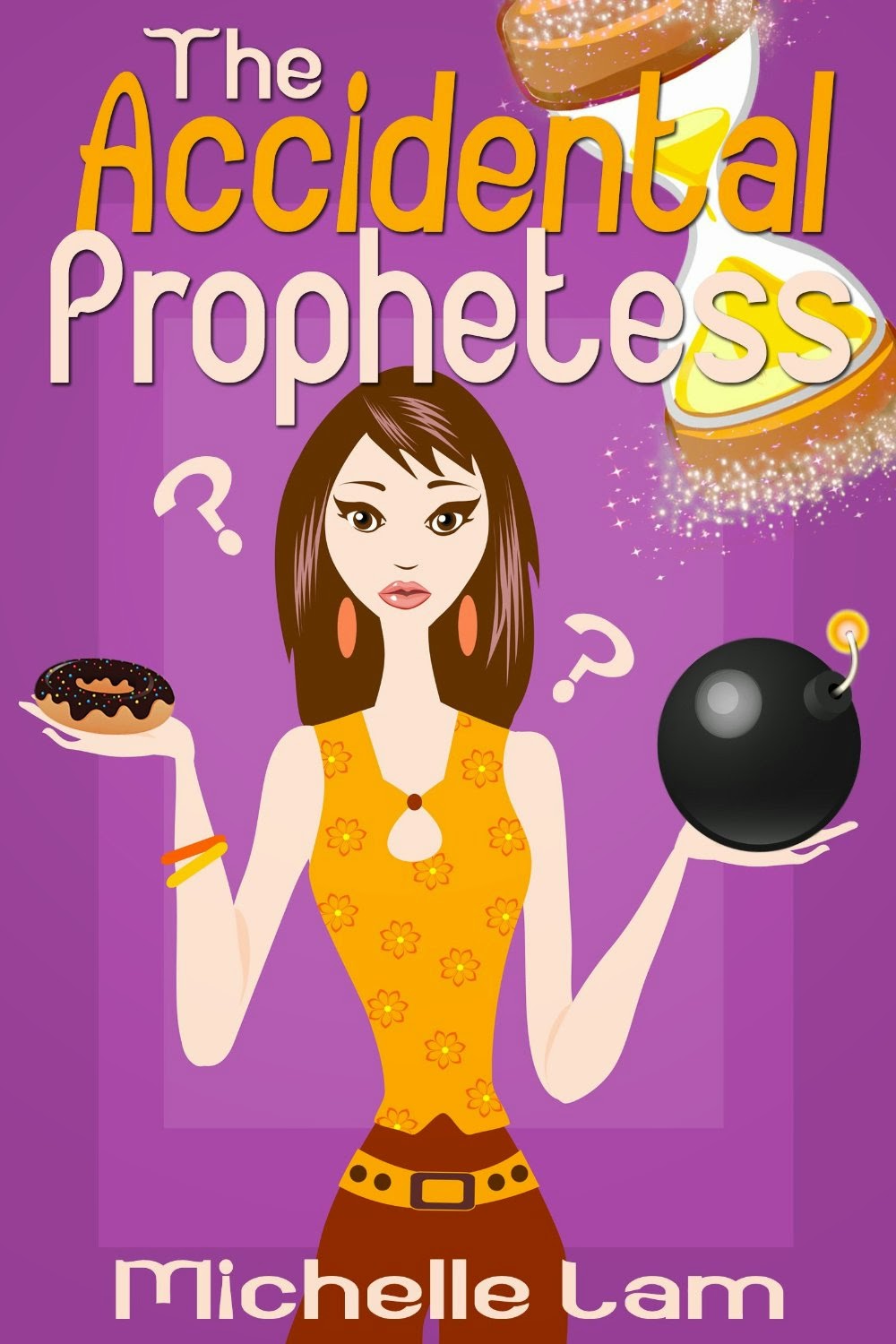 Natalie Richards (27) knows how to make a video go viral. It's her job, after all. But when she's fired over her latest video -- an ad for dish soap, of all things -- she complains. Loudly. In public. It's not her fault that those words were written down decades earlier. Within minutes she's abducted, whisked underground, and proclaimed to be a long-lost prophet destined to save the world.

The threats against world peace are real. But then again, so is the need to breathe fresh air and have a decent haircut. Not to mention the two deliciously handsome men that seem to have secrets of their own. A cult is a cult, no matter how sexy the head of security might be ... right?


Review: This book is a fun mashup of genres with a secret society and fantasy thrown in. Sort of like Cher from Clueless runs into a society of Batmen in Central Park. It was quirky, adventurous, and original. Most of all, this book made me laugh out loud, a lot.


It starts with Natalie being abducted. It's very intense. Then we find out she was abducted because she is this secret society's long-lost prophet. She became the prophet by speaking the secret words.


How she copes with her new role and the secret society is often hilarious. There are romantic elements, but it's not a romance. It's a wacky adventure in which our hero comes out as a better person at the end. The plot is unpredictable, and I had no idea where the author was taking me. My favorite kind of ride. I absolutely loved it. I hope Micihelle Lam keeps writing.


The Accidental Prophetess is available from Amazon