What's On Your Nightstand? 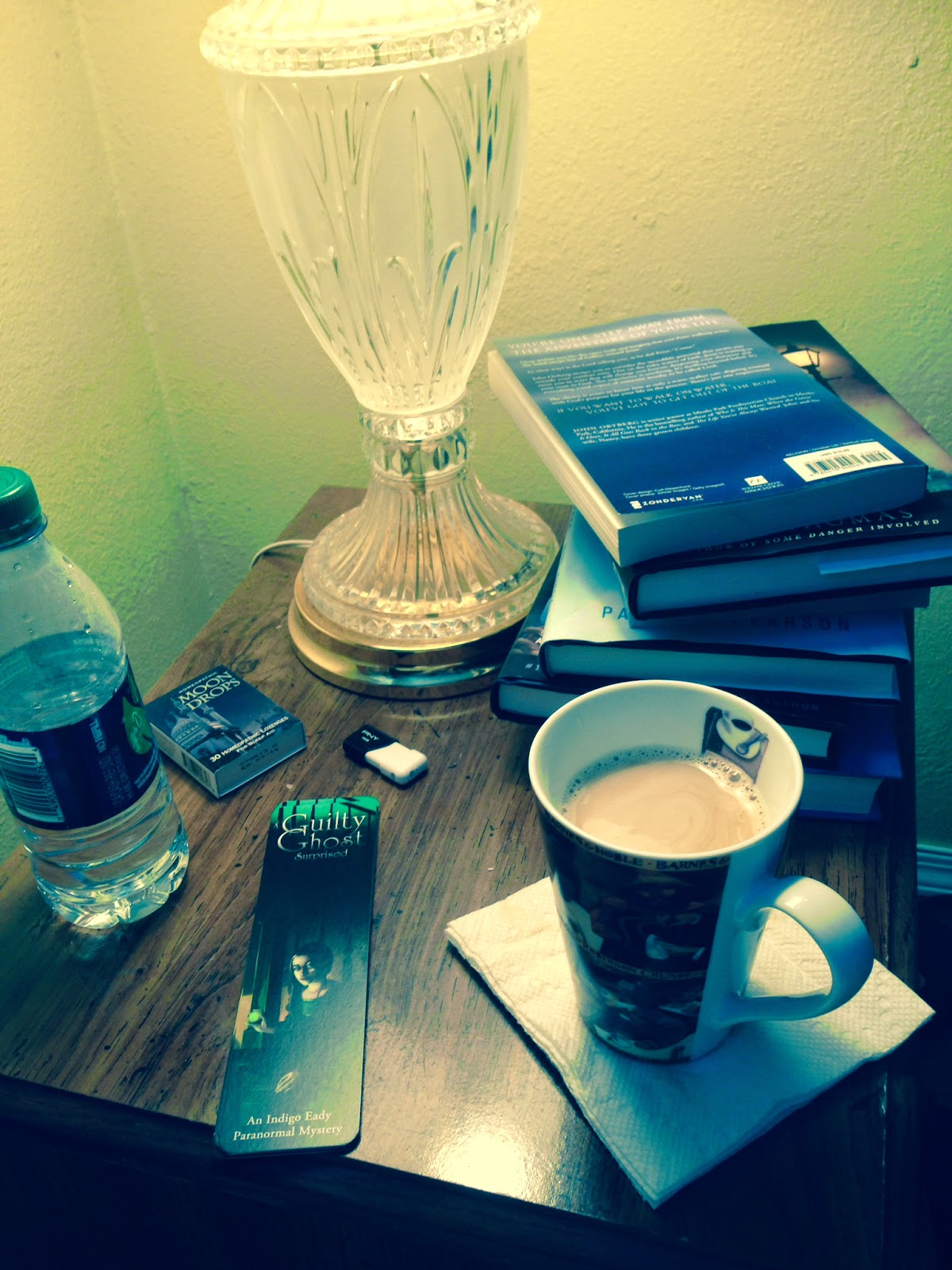 Besides a bookmark, a flash drive, a bottle of water, a box of Moon Drops (helps relieve occasional sleeplessness by soothing the mind and easing you into a natural sleep) and a cup of coffee, I have a rotating pile of books on my nightstand. It's the overflow from my headboard, which is stuffed with books, as well.

So I thought I'd share what I'm reading right now from the books on my nightstand. Did I mention that I read more than one book at a time? I'm not sure this is normal, but I just go with whatever I'm in the mood for.

What's on your nightstand?
Do you read more than one book at a time?
Read any good books lately?
Posted by Gwen Gardner at 2:00 AM