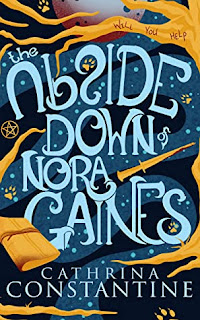 Nora's life goes from rotten to worse when she moves with her newly divorced mother to a decrepit farmhouse in the middle of nowhere. As soon as they move in, strange things start to happen, and Nora discovers a magical journal in the attic. She learns about the past and what is going to happen again, if she doesn't stop it. All the while, she finds herself falling for a gorgeous local boy whose parents may have been victims of this horror. Will Nora be able to figure how what's happening in time to save not only those she cares about but herself as well?
This is a fantastic YA paranormal read. I was sucked into the detailed setting of the old farmhouse and little town. The perfect creepy atmosphere for all the supernatural happenings. There are a lot of layers to the plot. What was happening in the past, how it is touching the present, and everyone going on in the modern day. It was very well done how Nora is dealing with her parents' divorce, and even how her writer mother is dealing with it. It is in no way painted as an easy thing. Then to add just being a teenager moving to a new place, trying to fit in and make friends, and falling for a guy named Rebel who may or may not be trouble! Plus ghosts, a beast, and magic. It was so much fun!
Buy The Upside Down of Nora Gaines here! 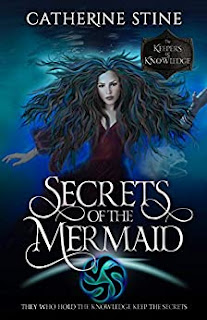 Indigo Rain discovers an ancient plaque in a seabed burial site and is asked to become an esteemed Keeper. She is paired with the handsome Bay Finley, who is a Royal merfolk Keeper. His haughty attitude infuriates her, but there is something that draws her to him. Indigo must unravel the mystery of the plaque before the threats on land and in the sea kill her.

This is another incredible book in the paranormal romance series, The Keepers of Knowledge. I love the author's take on merfolk. The marvelous history of the merfolk and how they evolved to mingle with people on land. Indigo is not your typical sea beauty. She's the daughter of a kelp farmer and an intelligent scientist. Bay seems like a playboy prince at first, but his layers peel back as Indigo gets to know him. I love the twists and turns this story took me on, and the unique settings underwater alongside the now familiar town of Pyreshore.

Buy Secrets of the Mermaid here! 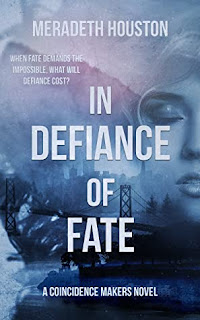 Ami and Luke are immortal coincidence makers, but it isn't a fate Ami would wish on anyone. When they are tasked with getting two people to meet to become like them, Ami isn't certain she wants it to happen. Luke disagrees, and things are rocky as they meet up with old friends as they discover that perhaps the bio-terrorists they believed they had thwarted are readying for another attack. While they have not been tasked to stop it, can they stand by and let millions of people die or will they take the chance and do this on their own?
This is the second book in this thrilling speculative fiction series, and it is even better than the first. It's immensely well-written and smart with a layered plot. I empathized with Ami as she struggled with wanting to recruit the new coincidence makers and wanting to let them choose their own fates as she did not feel she got to choose her own. The rogue coincidence makers had decided they're not taking orders any more and want to act as gods, but that's not the role Ami wants to play either. All the while there is a job to be done and a huge terrorist attack to stop. There are twists and turns which made me gasp, and while this could be a stand alone book, it sets the stage for even bigger things to come. I can't wait!

Buy In Defiance of Fate here!

Posted by Christine Rains at 7:32 AM

Email ThisBlogThis!Share to TwitterShare to FacebookShare to Pinterest
Labels: Catherine Stine, Cathrina Constantine, In Defiance of Fate, magic, Meradeth Houston, mermaids, paranormal romance, Secrets of the Mermaid, The Upside Down of Nora Gaines, thriller, YA