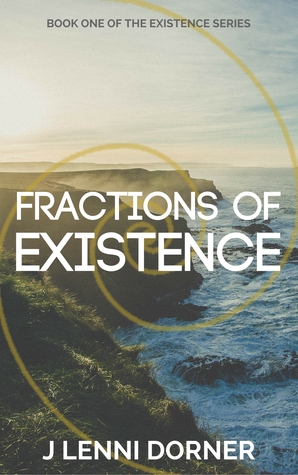 Blurb: Once they were humanity's exalted protectors— now they are being hunted.

Xavier will weigh all human life against Gwendolyn's ignorant happiness. The good news is that her choice can blow his away.

Omnipotent beings find each other while playing an online game. Xavier has been searching for Gwendolyn, his true mate and the missing member of the Existence. Only if reunited can the group regain the rest of their memories and access all of their powers. Hidden in plain sight, disguised as humans, they help who they can, as best they can, when they can.The Eyes in the Shadows, a religious sect, has been trying to free humans from the “prison” of life on Earth for millenniums. The Existence has always been able to thwart them… until now. They've discovered a way to end the world that no one will see coming.Gwendolyn has her future all laid out. There is a plan. She knows what her parents want for her and how to get it. Then Xavier, a friend from a virtual game, makes her question everything. He's full of secrets, one being an understanding of her fear of the wind.She tries to suppress her intense attraction to the mysterious and frustrating Xavier. She's engaged, after all, and the thoughts she's having aren't proper. Gwendolyn is swept into a whirlwind of secrets, danger, and a forbidden attraction. She'll drive across the country in her beat-up old car, not knowing if he is genuinely interested or just being polite. (He refuses to kiss her!) Gwendolyn's journey is full of self-doubt, sacrifice, and dark visions that invade her sleep. Will she uncover the truth about herself?

Christine's review: The Existence wants only to protect humanity, but with their numbers split, they do not have the power to stop those who wish them dead. Xavier has been searching for their missing member and his love, but when he finally finds Wend (short for Gwendolyn), she doesn't know who she truly is and is about to be married her a man she doesn't know. The two of them grow close online, and Wend tries to be happy with her life, to do right by her father, but her emotions are in turmoil. Will she find her true self before it's too late?
This is the first book in the NA fantasy series, Existence. It has a unique mythology about The Existence where the members are like superheros or demi-gods. Even those that serve them have the desire to protect and better humanity. I have never read something like this before and it truly fascinated me. I'd love to see more about The Existence and its history. The villains are despicable and only want to destroy the good guys to "free" humans from their Earthly prison. Yet most of this book is concentrated on Xavier and Wend and how they're struggling with their budding relationship. Wend especially has a lot of issues to deal with for she feels a duty to her family and her religion, which makes her very passive, and has no one to support her until Xavier comes along. The relationships of Xavier and the others in The Existence are powerful, and I loved seeing the interaction between them. I also loved the fact Xavier and Wend met in an online fantasy game.Highly recommended to those who want something new and fresh in the genre.

Buy the book here!
Posted by Christine Rains at 12:00 AM