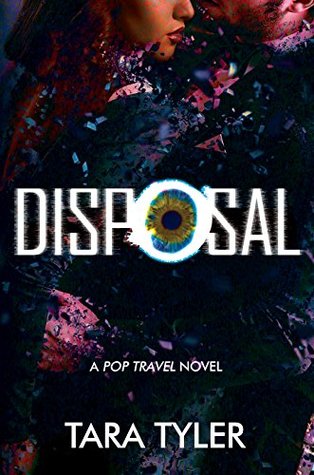 Blurb:
In the future, many problems are the same, but cool gadgets make chasing the bad guys more fun.Cooper and Geri are finally in a good place, but their bliss is short-lived. When Cooper's rebellious nephew Jimmy comes down to stay with them in Atlanta for a summer internship. Now he thinks he's found the girl of his dreams in a fiery, exotic beauty. Pursuing her against all words of warning into a dangerous underground world, he ends up getting kidnapped by her powerful Drug Lord father. Geri tracks him down, but gets herself kidnapped as well.Now it's up to Cooper to use all his resources to save them, including the hot homicide detective Geri secretly despises, and the latest sketchy gadgets his genius friend Hasan needs field-tested. Sure, why not? Cooper will try anything to get his family back.

Christine's review:
In this third book of the thrilling Pop Travel series, Cooper and Geri's home life is disrupted by a visit from Jimmy, Cooper's unruly nephew. Jimmy pursues a beautiful young woman whose father turns out to be a drug lord. He finds himself kidnapped, and when Geri goes to save him, she ends up in the drug lord's clutches too. Cooper enlists the help of his genius friend Hasan to find them, but will he end up captured like his family or worse?This sci-fi series is so much fun. It's a fast-paced ride in the not too distant future where people can travel through teleporters and still sometimes get a little sick from it. Cooper and Geri are a wonderful team. Neither of them will back down and will do anything to save those they care for. Of course I still love the parts with Hasan. His geeky quirkiness and immense intelligence have him coming up with all sorts of strange gadgets. Most untested, of course. Cooper gets the fun of that!I highly recommend the Pop Travel series to sci-fi and thriller fans alike.

Buy the book here!
Posted by Christine Rains at 12:00 AM