How Thanksgiving became a Holiday 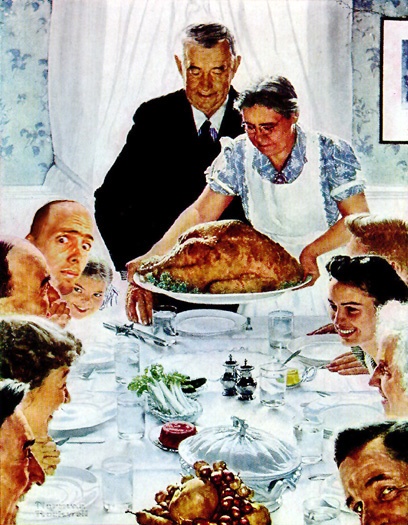 The speech, which was actually written by Secretary of State William Seward, declared that the fourth Thursday of every November thereafter would be considered an official U.S. holiday of Thanksgiving. This announcement harkened back to when George Washington was in his first term as the first president in 1789 and the young American nation had only a few years earlier emerged from the American Revolution. At that time, George Washington called for an official celebratory “day of public thanksgiving and prayer.” While Congress overwhelmingly agreed to Washington’s suggestion, the holiday did not yet become an annual event.
Thomas Jefferson, the third president, felt that public demonstrations of piety to a higher power, like that celebrated at Thanksgiving, were inappropriate in a nation based in part on the separation of church and state. Subsequent presidents agreed with him. In fact, no official Thanksgiving proclamation was issued by any president between 1815 and the day Lincoln took the opportunity to thank the Union Army and God for a shift in the country’s fortunes on this day in 1863.
The fourth Thursday of November remained the annual day of Thanksgiving from 1863 until 1939. Then, at the tail-end of the Depression, President Franklin D. Roosevelt, hoping to boost the economy by providing shoppers and merchants a few extra days to conduct business between the Thanksgiving and Christmas holidays, moved Thanksgiving to November’s third Thursday. In 1941, however, Roosevelt bowed to Congress’ insistence that the fourth Thursday of November be re-set permanently, without alteration, as the official Thanksgiving holiday.
This information was taken from this website: http://www.history.com/this-day-in-history/lincoln-proclaims-official-thanksgiving-holiday 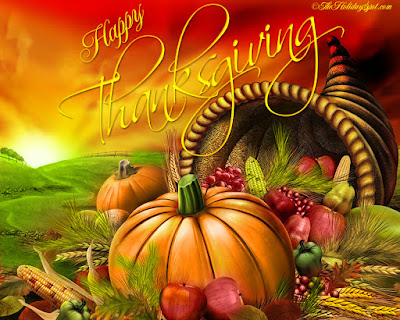 I pray that all of you will have a Blessed and Thankful Thanksgiving!
I'm thankful for my family and friends and You!
What are you thankful for?
Posted by Cathrina Constantine at 12:00 AM