Groundhogs, Badgers, and Bears, Oh My! 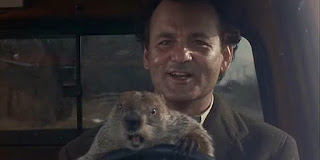 Have you ever wondered about the origins of Groundhog Day? How could a rodent make us believe it can predict the weather, inspire grand celebrations, and bring us one of the best Bill Murray movies of all time?

Going back centuries, we find part of its beginnings in European weather lore. Except they believed a hibernating bear was the creature to look to for a prediction. Now imagine what it would be like if America had adopted a bear instead of a groundhog as their meteorologist. Bear Day? Bill Murray certainly wouldn't be driving around in a truck with one.

Groundhog Day also bears similarities to the ancient Pagan celebration of Imbolc. It is a time for feasting and celebrating the lengthening of days. They looked to badgers and serpents for their weather predictions. Badger Day or Serpent Day? Nope, honey badger doesn't want anything to do with that.

While the U.S. adopted Groundhog Day in 1887, Alaska celebrates Marmot Day because they have very few groundhogs in the state. Yes, those ground squirrels are cute, but Marmot Day doesn't have quite the same ring as Groundhog Day. 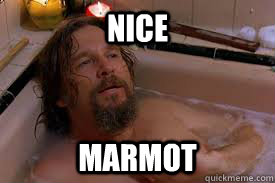 In a time of satellites and radar, many people still look to animals to predict our weather. No matter how far we've come technologically, we're still a superstitious lot. Even when the groundhog is right less than half the time, especially in recent years.