Winners of the 2014 Phasers, part of the Realms Faire. 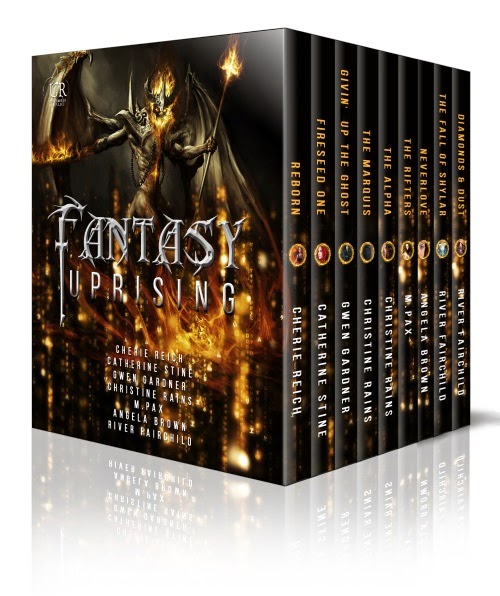 Fantasy Uprising
A collection of nine fantastic, spine-tingling stories. Magic. Mystery. Murder. Heartbreak and Hope. Defeat and Victory. The incredible and Horrific. Fantasy Uprising delivers a heaping serving of the best in fantasy.

Reborn by Cherie Reich: To save a kingdom, a prophetess must challenge Fate.

Fireseed One by Catherine Stine: On a devastated Earth in 2089, the son of a famous marine biologist must travel to a lethal hotzone with his worst enemy who helped destroy the world’s food source, to search for Fireseed One, a mythical hybrid plant that may not even exist.

Givin' Up the Ghost by Gwen Gardner: In the haunted modern day medieval village of Sabrina shores, indigo eady must help a ghost solve his murder before she And her gang become the next victims.

The Marquis by Christine Rains: A retired demon must become the beast he loathes to save the woman he loves.

The Alpha by Christine Rains: A werewolf hunted by her pack must find a way hide or fight a battle she believes she cannot win.

The Rifters by M. Pax: In a strange wilderness town, a misplaced city gal must deal with a secret organization, a man from 1888, and a head-stealing phantom to save her missing sister.

Neverlove by Angela Brown: A tormented suicide survivor must find the power in her pain or risk the Devourer robbing her of a second chance to live, a first chance at love, and her very soul.

The Fall of Shaylar by River Fairchild: Magic is real. So is betrayal. Rivalry, jealousy, a desperate attempt to grab the magic of Shaylar—all converge to bring about the end of the precarious balance between the Five Kingdoms.

Diamonds & Dust by River Fairchild: Magic is real. So is betrayal. Two heirs. A Kingdom of dust on a troubled world. One might resurrect it. One might destroy it all. 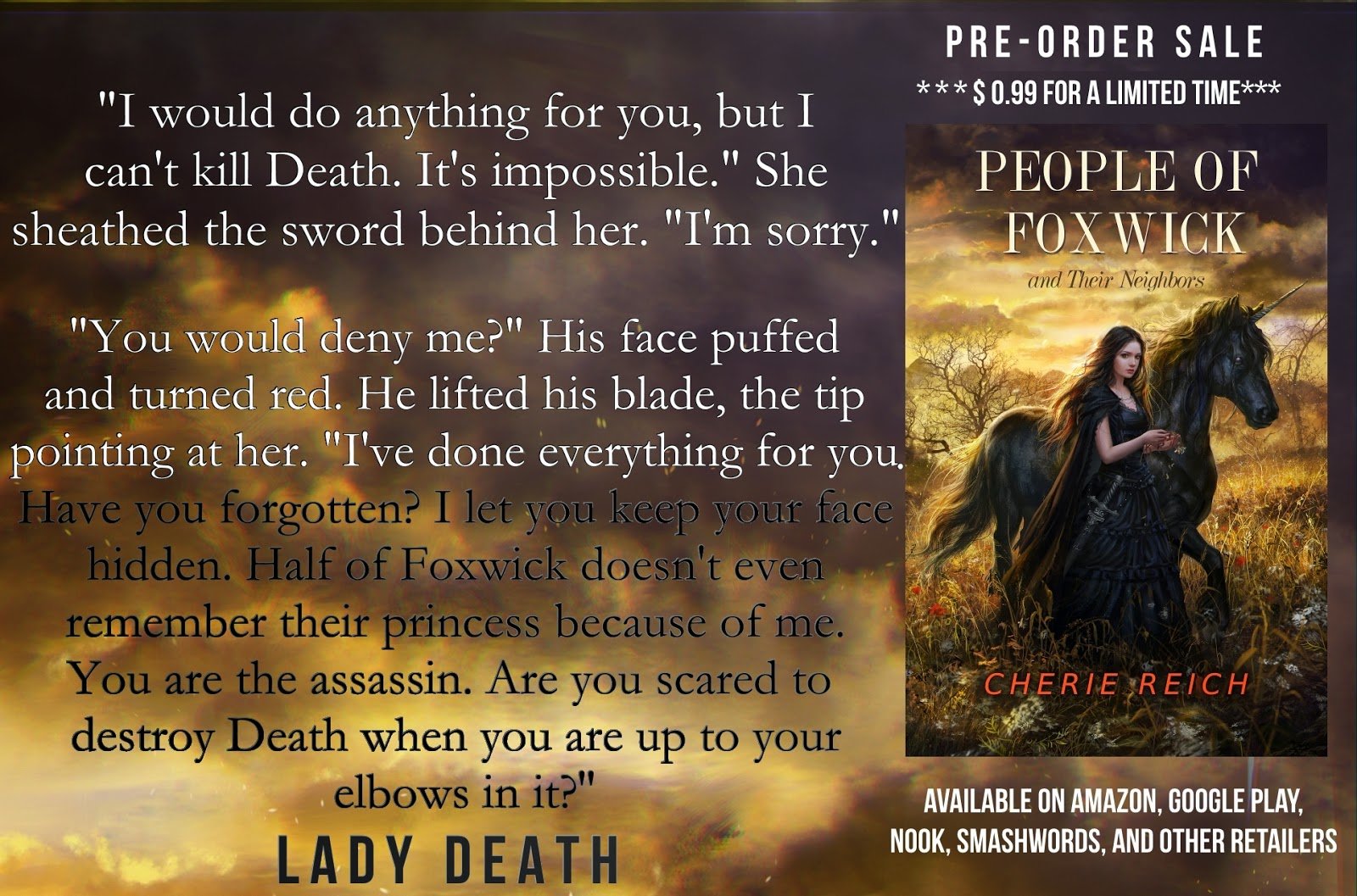 People of Foxwick and Their Neighbors by Cherie Reich
Release Date: December 9

The kingdom hangs within the balance.

This seventeen short story collection features the people and neighbors in and around the Kingdom of Foxwick. You can pre-order now for the low price of $0.99, a savings of $3.00! To purchase the e-version: Amazon / Google Play / iTunes / Kobo / Nook / OmniLit / Smashwords. 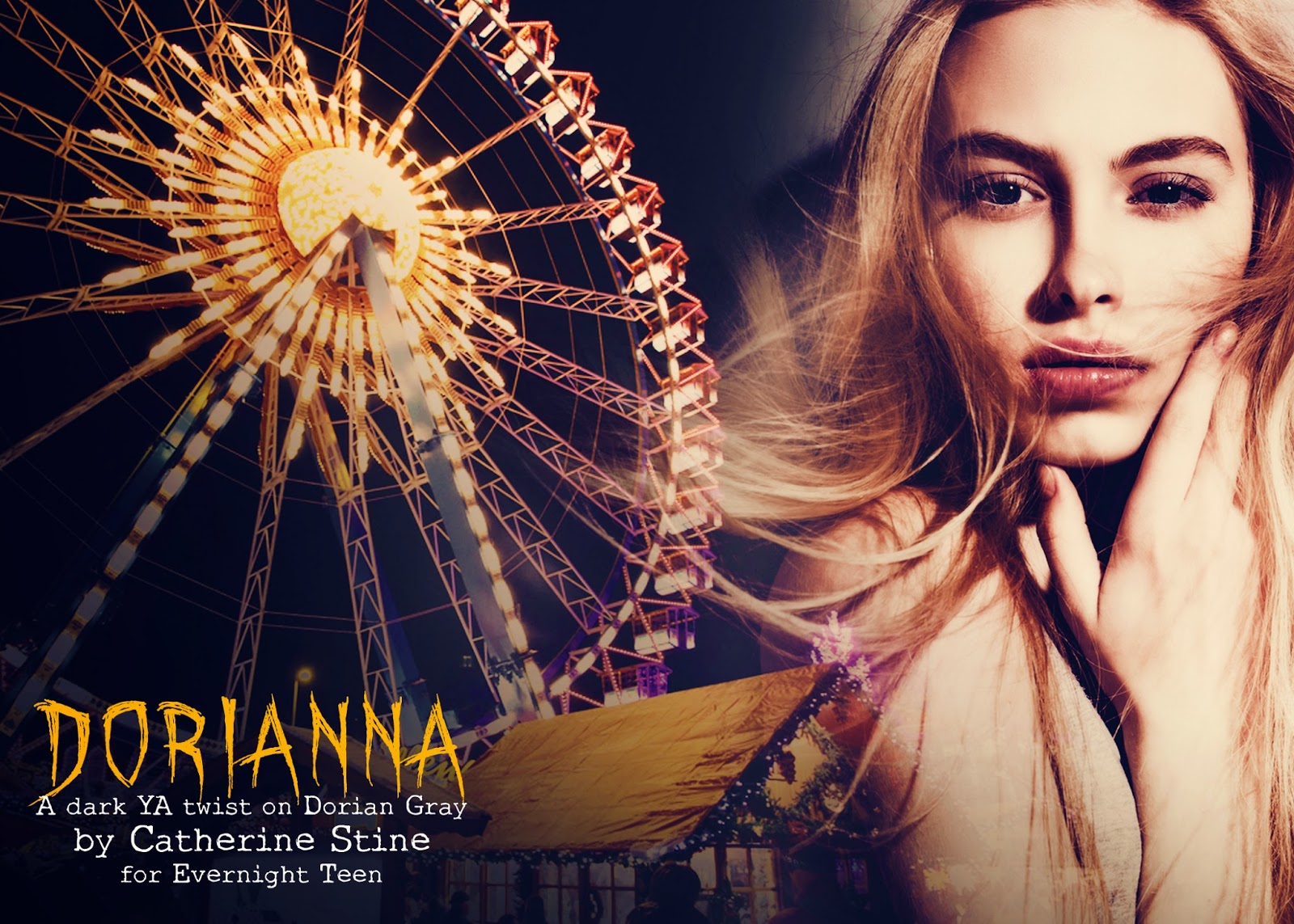 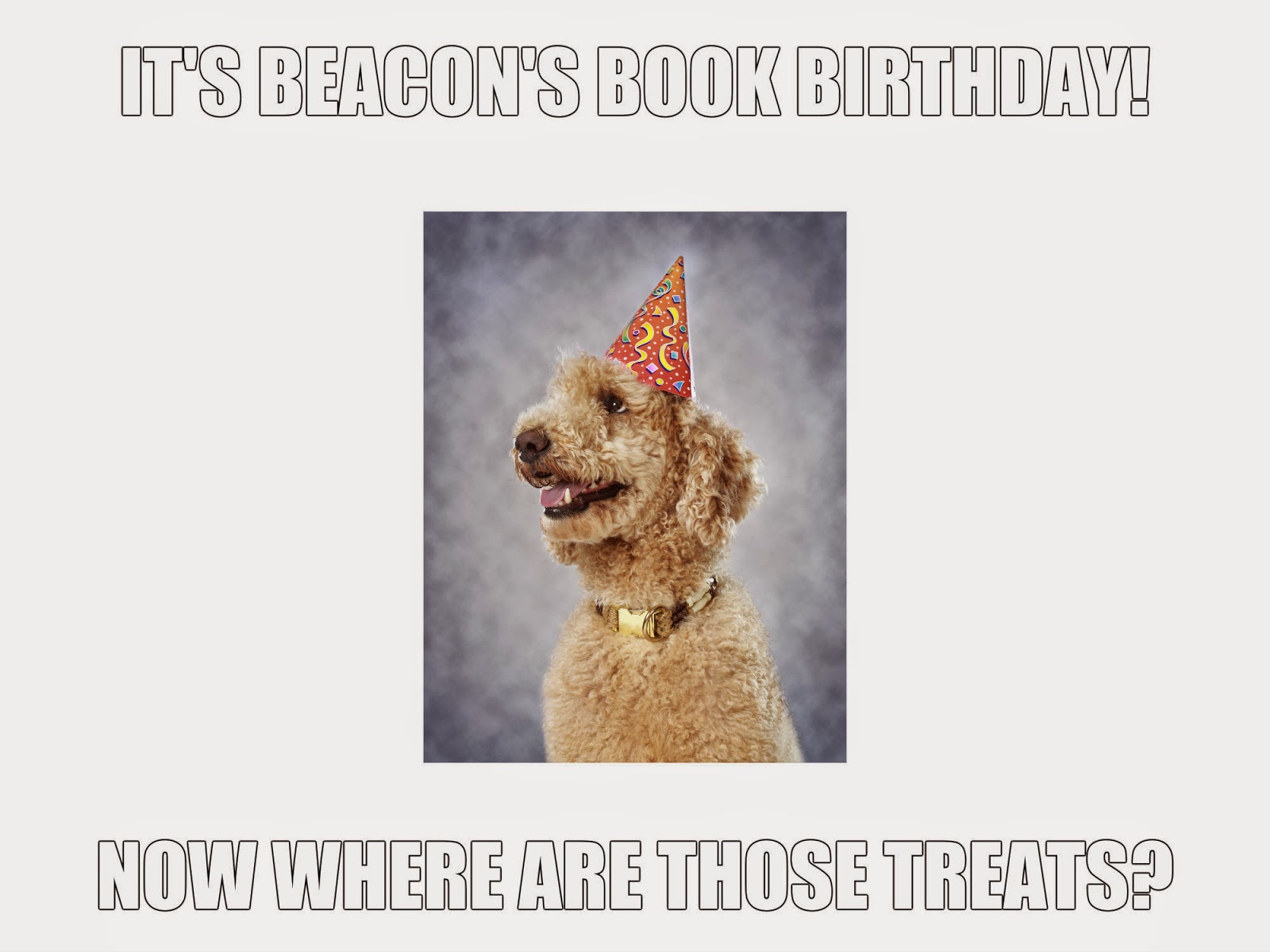 That's right you beautiful dog. Got your treats right here :-) Let's celebrate the release of Beacon, by Angela Brown, into the world. Published by Evernight Teen, it is a journey you, the reader, can take as seventeen-year-old Macie Breen discovers there's so much more to life when the predictable slams to a halt. It's a YA urban fantasy dystopian with content any booklover can enjoy. 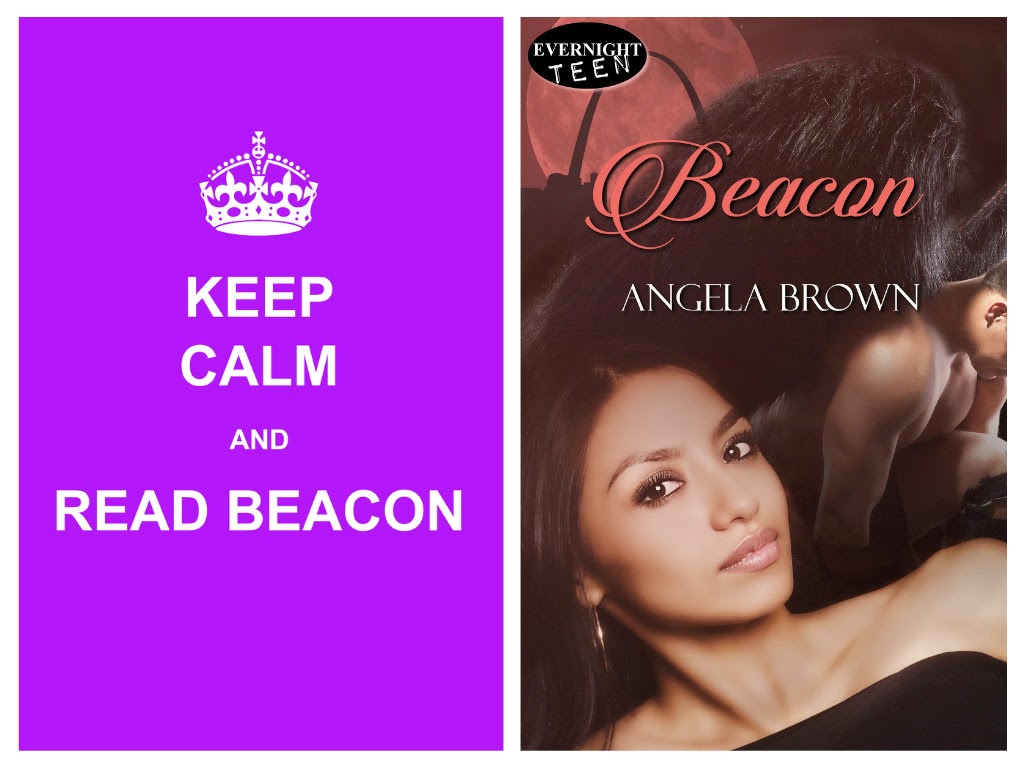 About Beacon
Tsunamis reduced the USA into a shell of itself, called The Fold. Surviving humans and vampires joined forces to form The Colony, where registered citizens do as they're told. They donate blood quarterly and dream of being chosen as Attendees for the Jubilee celebrations, that is, everyone except Macie Breen. With high school graduation near, she’s anxious to ditch the rules in hopes of starting a new life with Thane, an unregistered and also her best friend. Her hopes fizzle when Macie is selected as an Attendee, forever registered. Any future with Thane…impossible. Being chosen comes with another unexpected price. Truths about The Colony blaze into ashes and lies when she discovers the vampires haven't kept their part of the bargain. Worst still, Macie’s life unravels as her stint in the city of Bliss forces her to face daunting truths about who, and what, she really is.