What better way to start off the year with my reviews of three books by my fellow Untethered Realms authors! 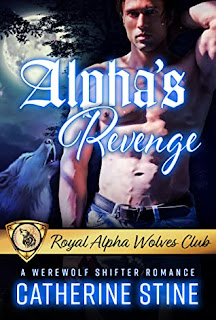 Wayland LeBlanc can only think of avenging the deaths of his family, new mate, and unborn child. Revenge consumes him as he travels back to the Canadian Wilderness to kill the Tundra pack that had destroyed his. There is also the weight of needing to find a mate and have a child before a year is done or else he'll lose his royal status. Returning to the wilds where he grew up brings back a lot of memories, but meeting his childhood crush now a full grown beauty named Stormy, revenge starts to take a backseat to his feelings for her. With the help of some coyote shifters and local witches, Wayland hopes to bring justice to his lost pack but yet can he win over Stormy when she's the sister of the Tundra pack's Alpha?What an incredibly fun and thrilling paranormal romance read! Wayland starts in New Orleans with thoughts of his family's deaths already haunting him, and then the Royal Alpha Wolves Club gives him the added stress of having to find a mate within a year or else he'll no longer be a royal. I was immediately sympathetic. This shifter has a huge heart, and I love that he has a soft spot for witches. Stormy is a strong and smart wolf herself. The perfect complement for Wayland. Yet my favorite characters are the coyote shifters and the mysterious witch locked in a metal box. The coyotes are wild and hilarious. The plot is fast-paced and the tension between Wayland and Stormy sizzles. If you love paranormal romances, you don't want to miss Alpha's Revenge. 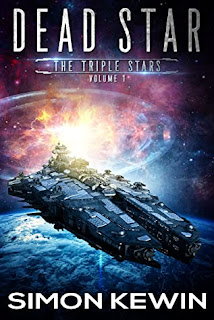 Selene Ada dies several times after her home world is destroyed by the evil rule of Concordance. When she finally regains herself, she is half herself while the other half is remade by a strange scientist, Ondo Lagan. Following tiny bits of ruined history, they try to figure out where Concordance came from and what life was like before them. Except Concordance doesn't want anyone to discover the truth.
An excellently written first book in the science fiction series, The Triple Stars. The reader is immediately pulled into the story with the destruction of Selene's home planet, and also the ruins of Selene herself and how she is remade. The characterization is fantastic not just for her but for the whole cast. I was thoroughly wrapped up in the mystery of the paradise planet, Coronade, and the once great peaceful galaxy. Of course Concordance was in every way despicable, but they're so big and powerful, it's hard to see anything from within their seemingly endless shadow. We're taken on twists and turns, shown wonders and horrors, and never knowing what's around the next star. This is science fiction at its best.
*~*~*~*~*~* 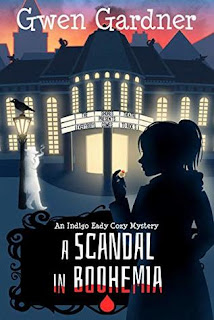 Indigo Eady is desperate for a job. Finding a ghost thief can't be that difficult, right? A spirit is lurking around the Sabrina Shores Theatre, and things are getting dangerous. Her friends are there to help, but all her secretive investigating are putting the handsome inspector's suspicions on her. Can Indigo solve the mystery before she ends up as a ghost in the theatre too?

A wonderfully written cozy mystery that I ate up with a grin. I've read the Afterlife series, and so I'm familiar with Indigo and her friends, but this book can stand alone. I admire Indigo's heart and determination. I loved seeing how she's grown and eager for what's to come. I'm a huge fan of Franny, her ghost friend, especially with her trying to pick up on the modern slang and her methods of investigating! There are some clever twists to the plot and I was on the edge of my seat at the end.
Posted by Christine Rains at 6:52 AM