How important is it that writers get their facts straight? It’s a question that often bothers me, because so many books I read get simple factual things wrong. Meradeth touched upon the distinction between a theory and a hypothesis last month, which is a good example of what I mean, but there are many others.

Take computers: that’s an area I happen to know about as I’m also a software developer. It’s very obvious to me, however, that many writers do not really know their megabits from their gigahertz or do not really know the distinction between the internet and the web. They try, and they use so many of the correct terms, they just use them in a slightly incorrect way which shows they’re essentially just using technical jargon and hoping for the best. I still laugh at that bit in Independence Day when our heroes manage to upload a computer virus to an alien and utterly unknowable operating system. Similarly, a friend of mine recently stopped watching a certain Sci-Fi series remake because “they got the physics all wrong” and it ruined the enjoyment for him. 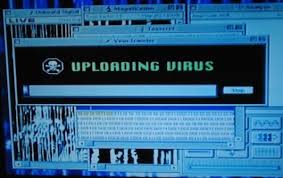 I’ve no doubt the same is true for other specialized areas of knowledge. For example, I’m married to a medical doctor, and she often sees significant flaws in books touching upon healthcare. Viruses and bacteria confused, that sort of thing. The chances are, she won’t notice the IT mistakes just as I won’t notice the medical ones. As writers, we all strive to research our characters and our worlds, but it’s inevitable we’ll get things wrong because we can’t be an expert in everything.

My question is, does it matter? A book with technical mistakes may alienate some readers, but maybe most won’t mind. For me, what matters more than strict factual accuracy is story. If the story’s good enough, if the characters are intriguing enough, I’ll forgive a few slipups in the research. If it’s a great book I may not even notice.

Of course, as writers of speculative fiction we maybe have things a bit easier. If we’re inventing our own worlds then readers often won’t know when we get things “wrong”, because we’re not trying to achieve a reliable representation of the real world. Sci-Fi maybe represents more of a challenge, because there are a lot of scientifically knowledgeable readers out there. I think that what’s important, so often, is consistency rather than accuracy. We can invent all manner of miraculous magics and technologies, and readers will accept them, but if we fail to follow our own rules, contradict ourselves, then readers will spot it and may be jarred out of the story.

Gary Gygax, designer of Dungeons and Dragons once said, “a reader will swallow a whale but choke on a minnow.” It's an important lesson.

As a writer, I do all I can to get my facts straight, but I’m honestly more concerned with story, plausibility and consistency. But maybe I'm wrong to take that approach. I should probably do some more research.

What does anyone else think?