Legend of the Mothman #Paranormal


Have you heard of the Mothman? Have you seen him?

"A flying man with ten-foot wings. Its eyes glowed red when hit by the car lights."

During the next few days, there were several other sightings. Some claimed to have premonitions about a bridge collapse. A month later, a local bridge, the Silver Bridge, collapsed and killed 46 people.

Was the Mothman trying to warn them?

The legend is mixed up with UFO sightings and visits by 'men in black.' A wildlife expert suggested the sightings were a sandhill crane. However, there are too many 'reliable' eyewitness accounts of the creature and strange lights for the 'mothman' to be so easily dismissed.

On a trip to the remote Oregon town that inspires Settler (the town where The Rifters is set), I misread a sign. I can't remember the 'mundane' words, but I recall reading, Premonition Center. At the time, I was looking for ideas for book 4 in the series, and the Premonition Center stuck with me. 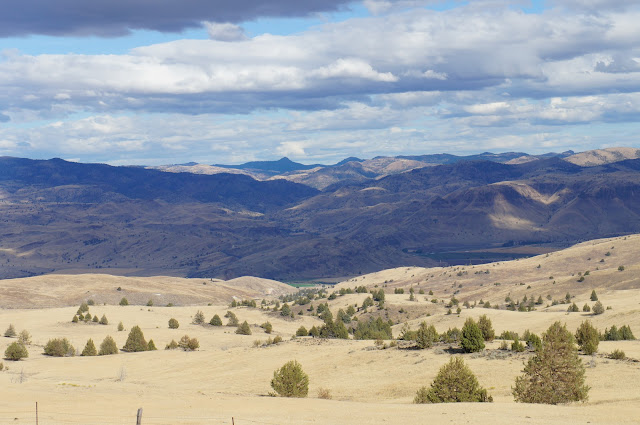 The Mothman is a natural fit with premonitions, and I mixed in a little Mothra as well. Moths are very abundant in the summer months here. When I'm astronomizing, they often bombard me in the eye or cheek.


The Tracer, Rifters Book 4 releases March 13 and is available for preorder! 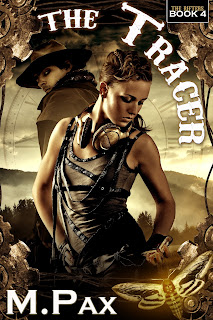 The portal connecting Earth to other worlds reopens, and Daelin Long stands ready to rescue her sister. After a winter of strenuous training, she’s prepared to battle the evil her sister warns against.  Only, the rift is more unpredictable. The Mothman arrives whispering of death and transports Daelin to a land with seven moons. There, she faces a monster that can exist in two universes at the same time. Refusing to believe her fate is sealed, Daelin searches for the way home. With only her staff, her wits, and an uninformed detective, she dares to lead the fight. Otherwise, her sister and Earth don’t have a chance.

And the Rifters Box Collection Books 1-3 is on sale for 99c! 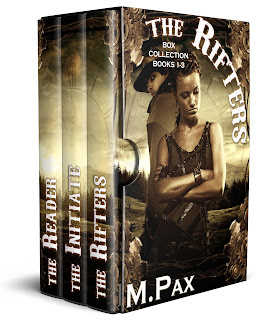 A monstrous secret hides in the backwoods of a remote western town—a portal connecting our world to forty-two other universes. The visitors—most would call them terrifying—often have devastating effects. Their destruction hasn’t been intentional… until lately. The usual band of protectors, The Rifters, defend us with daring and weapons built from coils, gears, and crystals, which is no longer enough. Earth’s survival depends on an outlaw from 1888 and a librarian with a knack for ghosts.
The Rifters Box Collection includes: The Rifters, The Initiate, and The Reader.
Kobo / iBook / B&N / Googleplay / Bookcessories / Smashwords / Scribd / Playster / 24 Symbols /
Amazon / UK / AU / CA / DE / FR / IT / ES / NL / MX / BR / IN / JP
Posted by M Pax at 12:00 AM