It's October! Time to get your scare on... 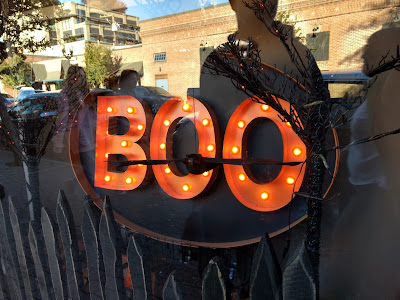 There's something about a good ghost story that suckers me in. You're probably tired of hearing my account with an actual ghost... A black thing ran over my foot once and out the door. It was like a shadow, but not a shadow. My husband was there at the time and saw the same thing.

We believed it the spirit of Mr. Sox, who was killed by a car. After he died, I used to hear him scratching at the back screen. The sound was so distinct, I would often get up and go out on the patio looking for him, even though I knew it was impossible he was there.

That black shadow ran over my foot while I was serving dinner and raced out the sliding door into the backyard. I never heard the scratching at the back screen again.

It wasn't a frightening experience. It perplexed me. The shadow had form and was thicker than a shadow, more solid. Yet I could see through it. It was the size of a cat.

My husband and I have gone ghost hunting before, and I'd love to say I've had other encounters, but I haven't. I don't want to jump to conclusions that a sound is a spirit or an experience is a spirit. I want a real, solid encounter... like the one I had. 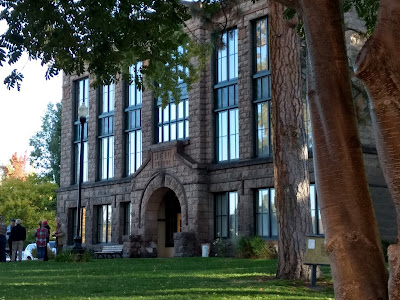 George at the Reid School, a builder who had died on the site, shows up quite frequently. It's now the local history museum. 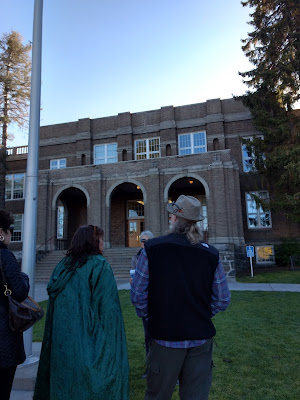 A boy on a bicycle at the high school, which is now county offices. He likes to turn lights on during the night. 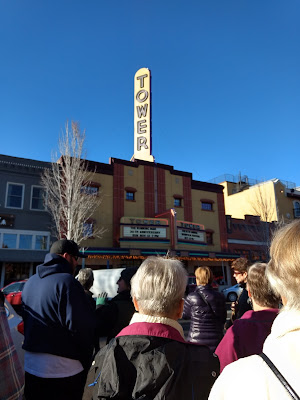 Mr. and Mrs. Thompson of the Tower Theater are sometimes seen sitting in the audience. 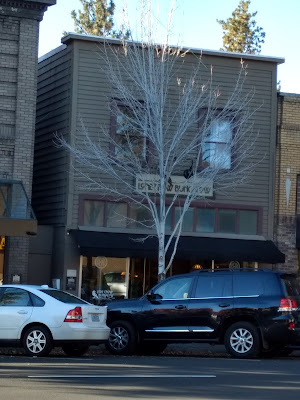 Mrs. Smith can still be heard banging on the ceiling with a broom to call Mr. Smith to dinner. 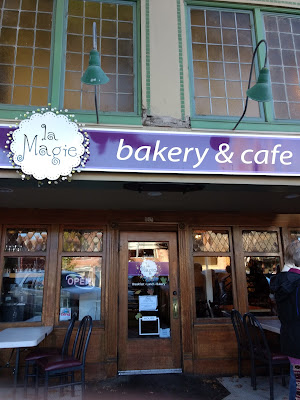 There's a malevolent presence in the old hotel, who has attacked several people.

No one wants to own anything that was in the old nunnery. The buildings and contents were sold and transported far away. I wonder if the new owners have had anything odd happen.

Whether true or not, my favorite ghost stories are accounts related by family, friends, neighbors, and acquaintances. I don't want to run away, I want to investigate. I love talking over the mysteries that touch our lives and our world.