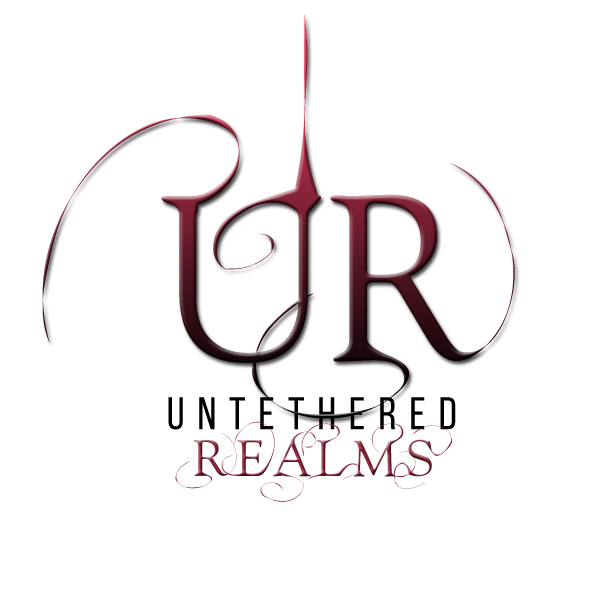 
Welcome to the M. Pax dimension. Fantasy, science fiction, and the weird beckons. M. blames Oregon, a source of endless inspiration. The Backworlds series: In the far future, humanity settles the stars, bioengineering its descendants to survive in a harsh universe. The Rifters series: A junction between the worlds has opened in Settler, Oregon, a rift from which horrors attack our world. The Rifters defend us. More novels and stories can be found at: 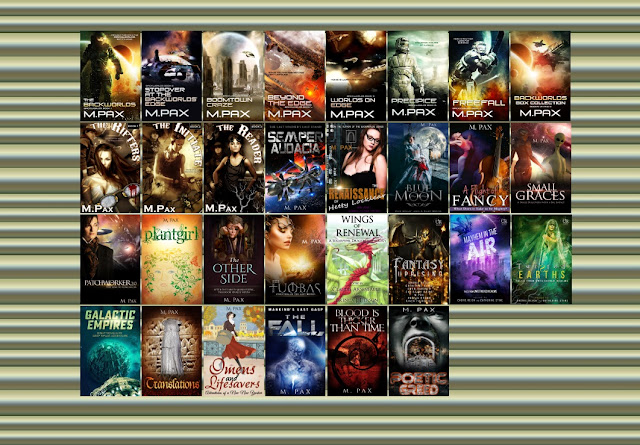 I've always been drawn to the fantastic and macabre in literature so it's no surprise my stories range from fantasy to horror. I'm working on two series. The Huckster Tales combines comedy, fantasy, and horror in a weird western setting. The Merliss Tales follow the adventures of a young woman cast into the body of a cat. Learn more at:

I'm a wanderer, fascinated by ancient artifacts and mythology. I love fantasy, sci/fi, and things that go creep in the night.  The Jewels of Chandra series: A man slips through a portal into another realm, discovering he must unite the fractured magic of this strange world before it self-destructs. Living the Afterlife: Thirty tales of humor and mishaps as a Harley-riding Death and anachronistic Chronos create havoc in Purgatory and on Earth. Darkest Days, Blackest Nights: Six stories filled with lust, greed, vengeance, and death to make you shudder in the dark.

My novels range from sci-fi to paranormal to horror. I also write new adult fiction under the pen name, Kitsy Clare. Tales that tweak my imagination or frighten me are faves. I'm also a romantic at heart. Go figure! Witch of the Cards is historical fantasy set in 1932. My futuristic thriller, Fireseed One is a YA and sci-fi finalist in the USA News International Awards and an Indie Reader Approved notable. It follows Varik Teitur's quest on a perilous earth, to search for a mythical plant that may not even exist. Its companion novel, Ruby's Fire is a finalist in the Next Gen. Indie Awards. Ruby and her brother barely escape a desert cult, only to wind up in a nefarious boarding school for hardened teen nomads. My historical fiction, Refugees earned a NYPL Best Book. In it, I explore two modern refugees, Dawn, running from her foster home in California and Johar, running from the Taliban in Afghanistan. My new adult series The Art of Love is all about artist Sienna and her friends in NYC and Brooklyn, as they try to stake out a place in the art scene. Model Position is the first (novella). Private Internship is book two (full novel). My YA horror, Dorianna is a fresh twist on Dorian Gray for the Internet generation.

I am a mother, a worker bee and a dreamer who seeks to make my dreams come true instead of waiting for someone else to bring them to fruition. I also adore chocolate, and more chocolate and some more chocolate after that :-) I read as I write, across the broad spectrum from picture books, middle grade to young adult and new adult...and I dive into the various genres such as fantasy and sci-fi. My Shadow Jumpers series is a heartfelt tale of second chances forged in pain. NEO - Network of Extraordinaires and Otherworldlies is my tip-of-the-hat to the wonderful League of Extraordinary Gentlemen.

A library assistant and writer, I often find myself surrounded by books. People of Foxwick and Their Neighbors: A collection of seventeen short stories featuring the men, women, and neighbors in and around the Kingdom of Foxwick. Once upon a Nightmare: A Collection: Three tales. One legendary monster.

I am a writer, blogger, and geek mom. I have four degrees which help nothing with motherhood but make me a great Jeopardy player. When I'm not writing or reading, I'm going on adventures with my son or watching cheesy movies on the Syfy Channel. I have one novel and several short stories and novellas published from various genres. My paranormal romance series, The 13th Floor, puts a twist on literary tropes. To dig its claws into you, the first book in the series is free, and you can buy the entire collection in one volume with a bonus story. The first six books of my newest urban fantasy series, Totem, are available on Amazon. I'm weaving Inuit mythology into the modern day world. 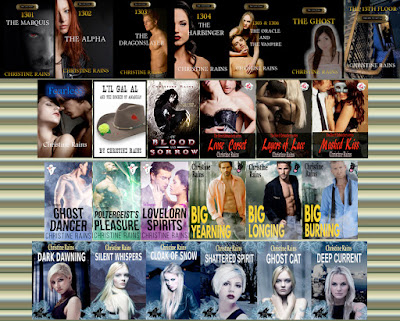 I am a life-long science fiction and horror fan, a geek, reader, writer, blogger, Trekkie, and would happily die to be an extra in The Walking Dead. My short stories have been published in anthologies and online. My first short story collection, Passing Time: Nine Short Tales of the Strange and Macabre, was published in March 2013 and contains nine previously published stories. The second, Taking Time and Other Science Fiction Stories, followed shortly after. Look out for my science fiction series coming in 2015.

Gwen Gardner is a native Californian living in sunny San Diego, where her love of reading and writing led to a BA in English literature. Life is now complete with her husband, two dogs and a daily call from her daughter.

Since ghosts feature prominently in her young adult Indigo Eady Paranormal “Cozy” Mystery series, she has a secret desire to meet one face to face - but will run screaming for the hills if she ever does. Gwen adores travel and experiencing the cultures and foods of different countries. She is always up for an adventure and anything involving chocolate - not necessarily in that order.

Cathrina resides in Western New York where the ever changeable weather is a daily topic. I love to read all genres so it's hard to pick a favorite. I've written Young Adult books that highly crossover to Adult reads. So far my books consist of Paranormal Thrillers, Haunted Murder Mystery, and SciFi Dystopian.